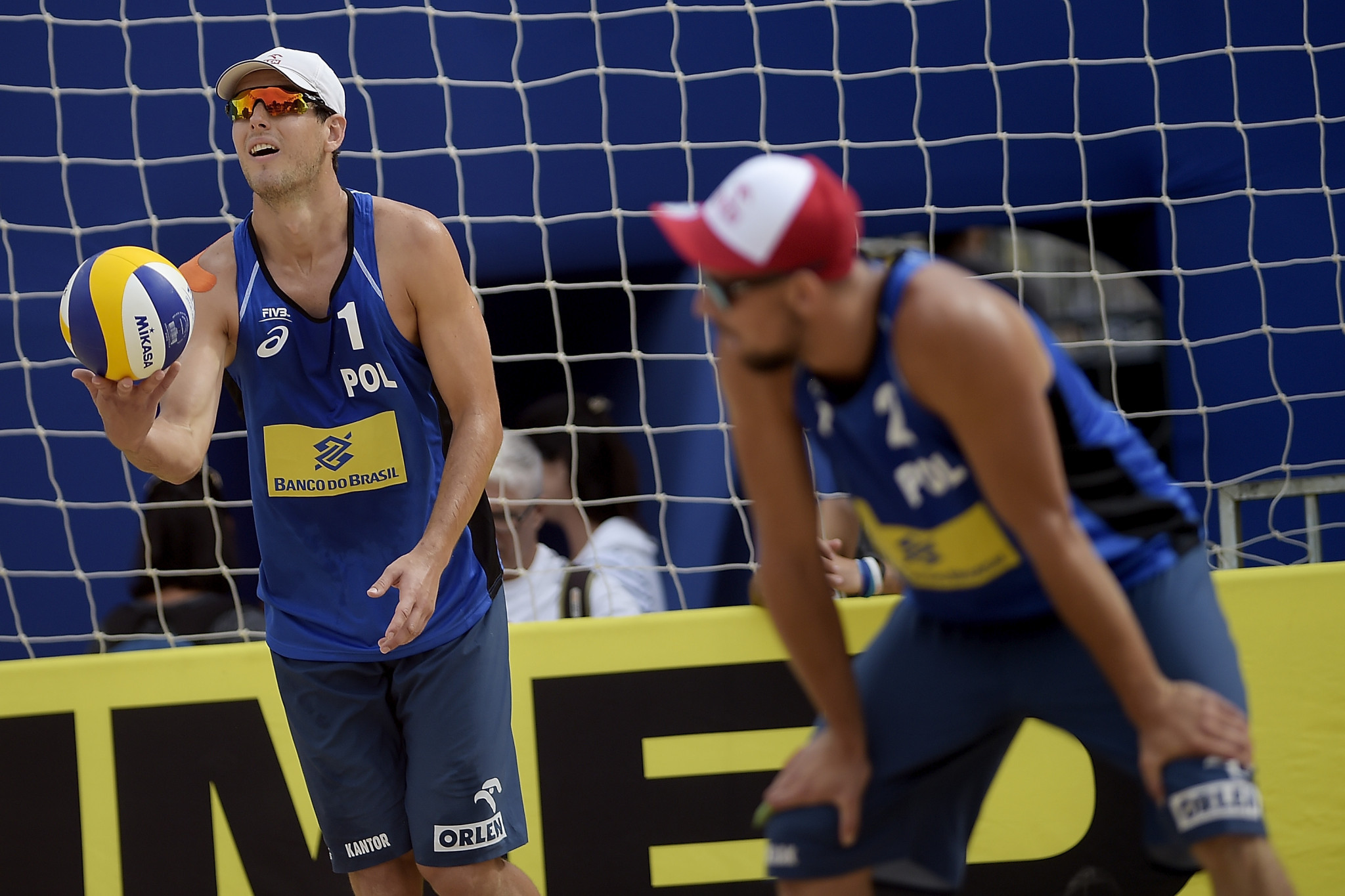 The men's final started brilliantly at the Monta Beach Volley Club in the Polish capital, with the Brazilian pair taking first blood in a set that finished 29-27.

Rather than demoralising the top seeded Poles, however, losing such a tight set seemed to inspire them, as they went on to win the second relatively easily 21-13 to level the match.

The pattern then continued in the deciding set, with Kantor and Losiak evntually taking it 15-12 to seal the championship.

Their win in Warsaw follows a second place finish at the World Tour Four Star event in Ostrava on June 24.

The men's final was undoubtedly the match of the day, as the result in the women's event was much less close and more clear cut, ending 21-17, 21-17 to the Canadians.

Indeed both matches on the women's side today were won in two sets, with the play-off for third finishing 21-17, 21-18 to the Brazilian pair of Bednarczuk and Santos Lisboa.

It was the men's matches that brought the drama, with the play-off for third on their side matching the final in going to three sets.

Samoilovs and Smedins for Latvia started well and took the first set 21-18, but they then fell in the second by the exact same scoreline.

The decider then followed the theme of the day on the men's side, going right to the wire.

The next Four Star event will begin on Tuesday (July 3), in Espinho in Portugal.