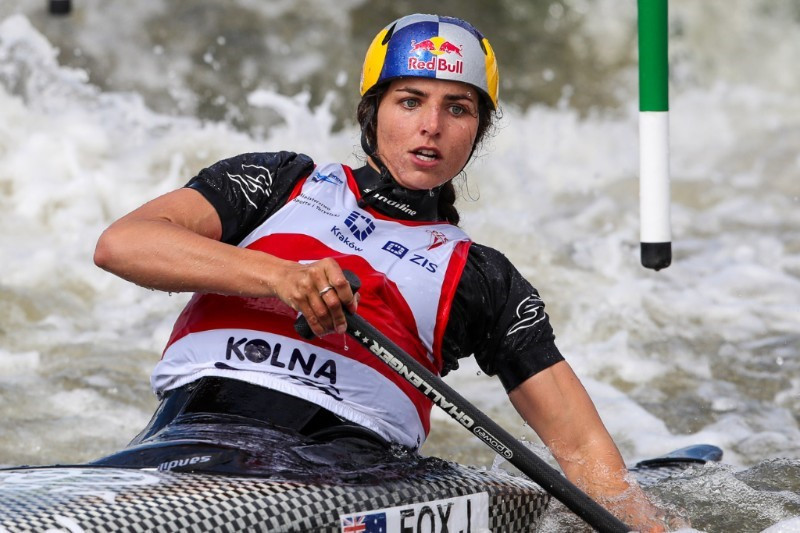 Australia's Jessica Fox has won the women's C1 competition at the 2018 International Canoe Federation Canoe Slalom World Cup event in Krakow, to make it four wins from four this season.

Her C1 gold today followed a gold in the K1 event yesterday, while she also won two golds on the opening weekend of the ICF season in Liptovsky Mikulas in Slovakia.

Elsewhere, Great Britain's Olympic gold medallist from Rio 2016 Joseph Clarke took the win in the men's K1 event, finishing more than a second in front of his closest rival.

During her C1 semi-final Fox picked up penalties worth six seconds in total, meaning she qualified for the final in fifth.

She had gate troubles again in the final but was fast enough on the rest of the course to make up for the four second penalty incurred early on, becoming the only woman at the event to go under 100 seconds.

Her final time of 96.51sec put her 4.53 in front of Spain's Nuria Vilarrubla in second.

As it turned out, Fox's penalties in the semi-final may well have benefited her in the end, as strong wind and rain arrived towards the end of the final when the later runners went.

"The conditions changed so much towards the end, I think I was lucky to go down when it wasn't raining, wasn't windy," she said.

"I had a great run, a couple of touches though that I was a bit frustrated with, but it was a fast run and I'm very happy to win again.

"I feel bad for the girls who raced at the end when the conditions were really difficult."

Despite winning Olympic gold in Rio de Janeiro two years ago, Clarke's win in the men's K1 was his first on the World Cup tour.

It did not initially look like he would take victory today though, with his semi-final time only just fast enough to make it through.

"I've been training well, so it's absolutely great to put it down in a race," Clarke said.

"It's my first World Cup win, so I'm really happy.

"I only just scraped into the final in ninth with a touch, but I put it down in the final so I'm really, really happy."