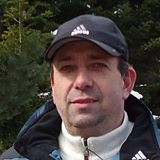 Ioan Apostol has stepped down from his role as development manager at the International Luge Federation (FIL).

The Romanian's decision brings to an end 16 years in the position at the governing body.

No reason has yet been announced for why he has chosen to depart.

"We are sorry to hear of Ioan Apostol's departure as he has been an excellent and reliable member of the team for the past 16 years," the German said.

Apostol will not be replaced as the FIL's Development Department, which promotes the sport in small and emerging countries, will now be managed by the vice president for sport.

"We are going to restructure all of the FIL's development work and bring new impetus to this area," said Fendt.

A former competitor, the now 59-year-old Apostol represented Romania at four editions of the Winter Olympics.

He narrowly missed out on a medal at Albertville 1992 when coming fourth in the doubles with Liviu Cepoi.