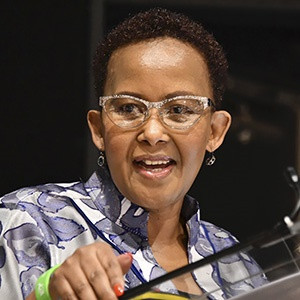 Netball South Africa (NSA) were due to submit their formal bid to the International Netball Federation (INF) on Saturday (June 23).

It is thought Cape Town would be the preferred city to host the competition.

"Should the papers and everything work well, we will support them," said Xasa.

2Netball is not as expensive as hosting other codes."

Xasa went on to say that if the cost of hosting an event was reasonable, there would be no reason not to support NSA because it would be an opportunity to elevate the sport in the country.

Netball is growing in South Africa, with a national league introduced five years ago.

It has helped elevate the national team to fifth in the world rankings.

New Zealand are the other country bidding to host the World Cup, due to feature 16 teams playing over 10 days.

The competition has already been held in New Zealand three times before, whereas South Africa has never previously hosted the event.

The next edition of the World Cup is due to take place next year in Liverpool in England.

If South Africa were to be awarded the competition, it is claimed the event would bring 120,000 additional visitors to the host city, generating income of SAR2.5 billion (£1.4 billion/$1.9 billion/€1.6 billion).

"It’s a bid that has got so much potential that extends beyond the sport because it is one that speaks to South Africa and by extension Africa, where netball has a massive participation and audience following," she said.

"It speaks to the excellence in women’s sport and further celebrates women in society,"

Elsewhere, the South African Football Association (SAFA) has expressed an interest in hosting the Women's Football World Cup in the same year.

SAFA vice-president Ria Ledwaba said the association would meet with Xasa when its President Danny Jordaan returned from the current men's World Cup in Russia.