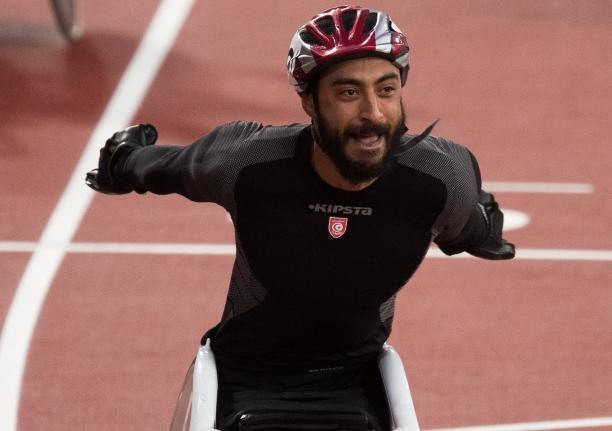 Double world champion Yassine Gharbi made it four wins from four on the final day of the World Para Athletics Grand Prix in Tunis today.

The 25-year-old ran 52.45sec at the Rades Stadium to win comfortably, having already won the 200m in a world leading time.

Out in the field, gold medallist from Rio 2016 Maroua Ibrahmi easily won the women's F31/32 club throw with 26.26m, while her teammate Hania Aidi won the women's F53 javelin to move top of the world rankings.

Another emphatic win came in the F12/13 men's discus, where London 2017 gold medalist Saman Pakbaz finished over 10m clear of everyone else with a throw of 47.14m.

The F34 men's shot put was a lot closer, though.

Argentina’s Hernan Urra won the men’s F35/36 shot put and Oman’s Mohammed Al Mashaykhi took gold in the F32 event thanks to his final throw of the day.

The 2018 World Para Athletics Grand Prix series now heads to Berlin in Germany for the final event of the season from June 30 to July 1, before August's European Championships take place in the same stadium, the Friedrich Ludwig Jahn Sportpark.