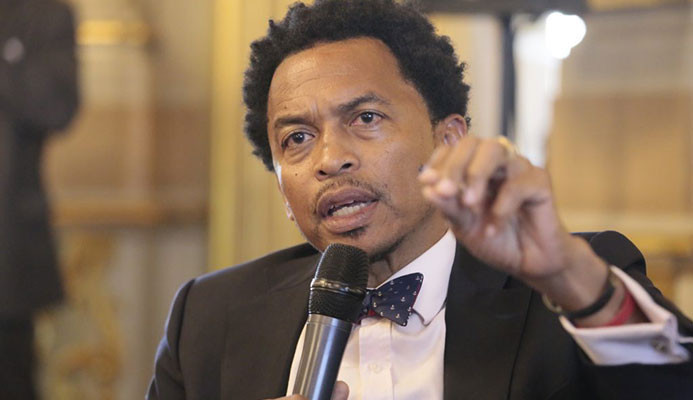 Trinidad and Tobago are considering a bid for the 2021 Commonwealth Youth Games following Northern Ireland being stripped of the event.

Belfast lost the rights to host the Games yesterday because of a lack of funding.

Northern Ireland's staging of the Games had been in severe doubt due to political deadlock in the country which means the required funding was not released.

Funds of £3 million ($5.4 million/€3.4 million) were not released by Northern Ireland's Government to the Northern Ireland Commonwealth Games Council (NICGC) and Belfast 2021 as a result of the political stalemate.

Belfast was officially awarded the Games in February 2016 with the Commonwealth Games Federation (CGF) giving organisers more time to secure the funding at their General Assembly in Gold Coast in March.

With no funding guarantee in place, the CGF has now opted to reopen the bid process for the Games.

Lewis stated there were lots of details to evaluate before a bid for the event could go ahead, including assessing the costs associated with hosting the Games.

Clarity on why Trinidad and Tobago would want to stage the Games would also need to be reached.

A potential bid would align with an increasing focus in the country on the sport tourism sector, which was explored at a sport industry conference in March.

The conference saw a focus on sport services, events and infrastructure.

Lewis stated meetings would take place with the Ministry of Sport and Youth Affairs to see whether Trinidad and Tobago could pursue a bid.

“We will have discussions with the relevant authorities to gauge if there is a meeting of the minds," Lewis told insidethegames.

“We have here in Trinidad and Tobago a cadre of creative and innovative event managers.

"I envision if we move it forward it will be a bid that will be innovative.

"The Bahamas showed it's possible to stage a Youth Commonwealth Games.

"We have the facilities already built [to host the Games]."

The 2021 Commonwealth Youth Games will be the seventh edition of the event, which was first held in Edinburgh in 2000.

Australia and India then staged the Games, before editions in the Isle of Man and Samoa.

The Bahamas hosted the most recent edition of the Games last year.

The re-opened bid phase is expected to last for six months.

Northern Ireland will be able to bid again for 2021, but this seems unlikely.