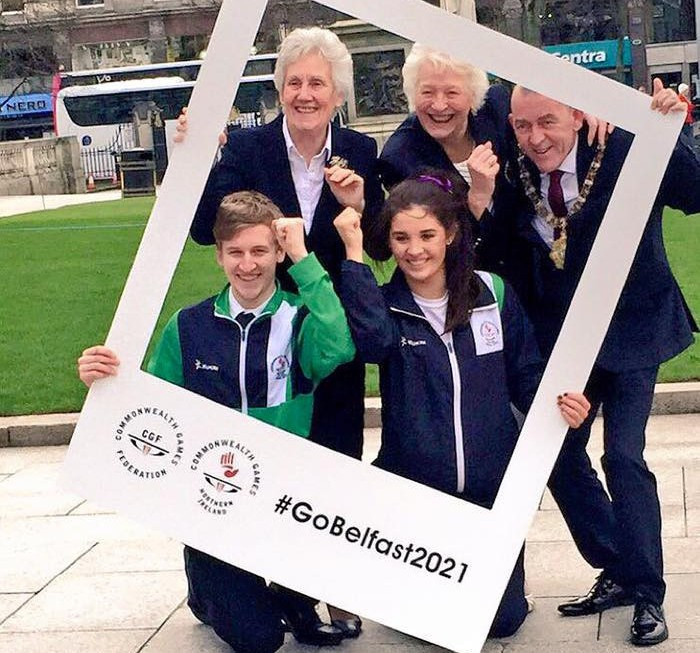 Belfast has been stripped as host of the 2021 Commonwealth Youth Games with the race to hold the event now re-opened.

Northern Ireland's staging of the Games was in severe doubt due to political deadlock in the country which means the required funding has not been released.

A new deal has still not been brokered and there remains no functioning Assembly in Northern Ireland as a result.

Funds of £3 million ($5.4 million/€3.4 million) have not been released by Northern Ireland's Government to the Northern Ireland Commonwealth Games Council (NICGC) and Belfast 2021 as a result of the political stalemate.

Belfast was officially awarded the Games in February 2016 with the Commonwealth Games Federation (CGF) giving organisers more time to secure the funding at their General Assembly in Gold Coast in March.

That leeway appears to have run out with the NICGC blaming the country's Civil Service for refusing to release the cash.

They described the situation as "a slap in the face" for young people with the bidding process for the Games now re-opened following a CGF Executive Board meeting in Birmingham.

Northern Ireland will be able to bid again for 2021, but this seems unlikely, and other countries will now also have the opportunity to take over.

The re-opened bid phase is expected to last for six months.

"The CGF Executive Board empathises with the ongoing circumstances surrounding Northern Ireland’s legislative Assembly and Executive and has maintained a collaborative dialogue with our colleagues in Belfast about their ambitions to stage the Commonwealth Youth Games," said CGF President Louise Martin.

"However, with no funding guarantees in place, the CGF Executive Board expressed its disappointment to the Northern Ireland Commonwealth Games Council and resolved to begin discussions and invite expressions of interest from other Commonwealth cities who wish to build on the successes of Samoa 2015 and Bahamas 2017 and host the 2021 edition of the Youth Games.

"Belfast will be able to re-submit its candidature for 2021, or may wish to postpone its ambitions for a future edition.

"However, alternative cities and their respective Commonwealth Games Associations will now be given the opportunity to work with the CGF to develop impactful, cost-effective hosting proposals that bring to life the event’s vision to inspire and engage up to 1,000 of the Commonwealth's finest young athletes in a festival of sport, development and global friendship.

"The host city selection process begins with immediate effect and is expected to take around six months."

This is the second time that a major event has been stripped from its host city during the Presidency of Martin, who took on the top job in 2015.

Durban in South Africa lost the rights to the 2022 Commonwealth Games - which will now be held in Birmingham - after a series of financial guarantees could not be met.

Belfast did not participate in a handover ceremony at the 2017 Youth Games in The Bahamas due to the uncertainty.

The NICGC blasted for the Northern Irish Civil Service for not making the money available.

"The Northern Ireland Commonwealth Games Council is disappointed to learn that the Head of the Civil Service has announced that funding will not be provided to host the 2021 Commonwealth Youth Games in Belfast," a statement said.

"This decision is a slap in the face for our young people.

"The Youth Games would have brought nearly 2,000 of the world's finest young athletes to Northern Ireland to compete in more than 20 sports.

"This project was originally discussed with stakeholders in November 2014 and received unanimous cross-party support during two Assembly debates before the Games were awarded to Belfast in February 2016.

"David Sterling [head of Northern Ireland Civil Service] says that the business case developed by Tourism NI does not represent 'value for money’.

"He takes this view based upon information provided by Tourism NI and the Department for the Economy.

"Both organisations have repeatedly refused to share the business case with stakeholders, including Belfast City Council and the Commonwealth Games Council.

"This is hardly a classic example of transparency and accountability within Government and the decision making sends a strong message to the international community that Northern Ireland is closed for business.

"Many questions remain unanswered and we shall be pursuing these over the coming days.

"In the meantime, the NICGC would like to thank all those who have supported this project, especially the NI Sports Forum and our member governing bodies for sport.

"We also acknowledge the patience shown by the Commonwealth Games Federation and our global partners who have believed in Belfast and provided great encouragement over the last few years.

"Bids will now reopen for the 2021 Youth Games and we will wholeheartedly support the new host.

"To our young people, we can only apologise for the behaviour of your elders in positions of influence.

"They have let you down on this occasion."

A spokesperson for Northern Ireland's Department for the Economy claimed there was "significant" concerns with the business case forf the Youth Games.

"The business case for hosting the 2021 Commonwealth Youth Games has been through a lengthy approval process on two separate occasions and on each occasion it has been concluded that funding for the event does not represent value for money," she said.

"The application for funding the event has been appraised on the same basis as other major sporting events promoted by the Executive.

"While this is a disappointing outcome for the NI Commonwealth Youth Games Council, without a clear demonstration of value for money there is no basis for an accounting officer to offer financial support for the Games unless they were formally directed to do so by their Minister.

"This means that the Department for the Economy will not be in a position to fund the proposal for the games to be held in Northern Ireland."