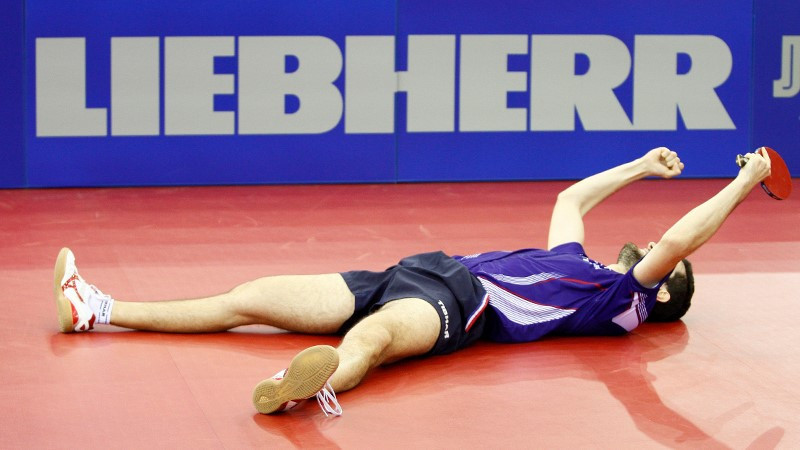 The International Table Tennis Federation (ITTF) and European Table Tennis Union (ETTU) have announced that Liebherr will be the title sponsor of the 2018 ITTF European Championships, which are due to be held in Alicante in Spain from September 18 to 23.

Liebherr, a leading manufacturer of construction and mining equipment, is a long-standing partner of table tennis and has been central to many of the ITTF developments over almost two decades.

It has supported many world events since 2003, and also donated to the ITTF’s global corporate social responsibility programme, Dream Building.

"I am delighted with the progress being made by the joint efforts of ITTF, ETTU and the Local Organising Committee in Alicante.

"And to have Liebherr as title sponsor is fantastic news for world and European table tennis.

"Liebherr is part of the global table tennis family and it is a pleasure to continue our long-term partnership.

"We are looking forward to Alicante, the increased coverage on Eurosport, and to crown our 2018 European table tennis champions."

ETTU President Ronald Kramer added: "It is fantastic news for European table tennis that one of the world’s longest-serving table tennis sponsors is continuing to support the European Championships.

"The Liebherr team do a great deal for table tennis, and we look forward to working together again to create a wonderful event in Alicante where the Local Organising Committee is making great progress."

"Liebherr is very pleased to be the title sponsor once again of the European Championships," Bernhard Kösler, responsible for the sponsoring activities at the company, said.

"It is an event that we have supported for many years.

"Europe is a key market for Liebherr.

"We sell the majority of our high-quality domestic appliances in Europe, and many construction clients purchase our earth moving machines, other products and professional services.

"We are looking forward to the exciting table tennis action, as well as the activity and engagement planned with the ITTF and ETTU marketing teams to promote the Liebherr brand worldwide."

Under a worldwide agreement with the ITTF, Eurosport will be covering more matches at a European Championships than ever before, with increased live coverage on Eurosport 1 and 2.

"Since bringing rights back in-house in 2017, we have ramped up our focus on promoting table tennis far and wide," Jonny Cowan, the ITTF-European's marketing manager, said.

"It has been great working with Eurosport over the last six months both at a strategic level to maximise our partnership, but also to ensure effective implementation for table tennis action to be well presented in 71 countries across Europe.

"Over five million viewers tuned in to the European Championships in 2017, and now with more marketing and promotion, and an increased broadcast schedule including more live coverage, we look forward to more fans enjoying the top-class action."