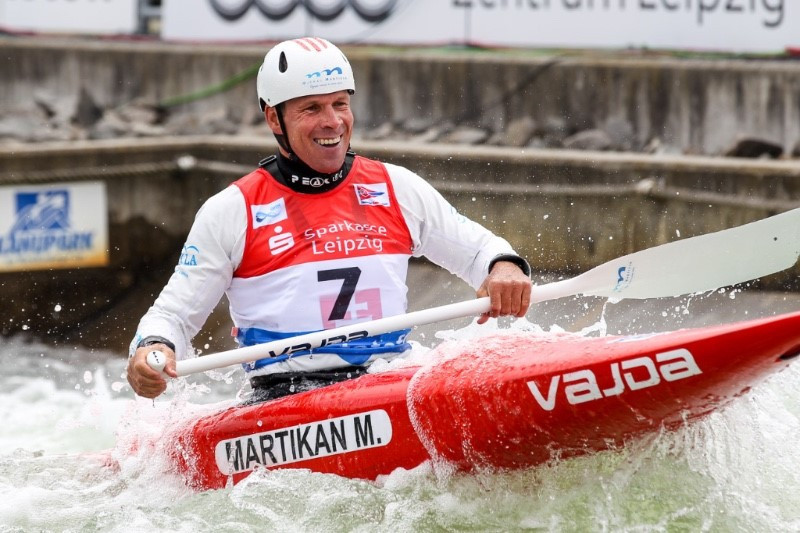 A remarkable 30 years after he first paddled down his hometown course, Slovakia's two-time Olympic gold medallist Michal Martikan is set to do it all again when the opening International Canoe Federation (ICF) Canoe Slalom World Cup begins in Liptovsky Mikulas tomorrow.

The 39-year-old is pursuing a sixth Olympic appearance at Tokyo 2020 having missed selection for Rio 2016.

He had previously won two golds, two silvers and a bronze medal, having first given canoeing a go at the age of nine.

"I don’t remember exactly the first time, but of course I remember the fear and the whitewater, same as everyone when they begin," he said.

"But I fell in love straight away, absolutely.

"I think the DNA is there."

His first Olympic gold medal, at Atlanta in 1996, was also the first won since Slovakia became independent.

Martikan admitted, though, he still gets nervous before every race.

"I try to handle it, but sometimes it is too difficult, but it comes with this beautiful sport," he said.

Martikan added: "The crowd here is always perfect, in some parts similar to an Olympic Games. It’s great to paddle here."

Martikan has lost count of the number of times he has paddled down the stretch of water that will host this weekend’s World Cup.

His best guess is somewhere in the thousands, but he insisted the course still excites him.

"I never get bored, because I am trying to paddle with the help of the water," he said.

"I’m using the power of the water as much as I can, so I’m not tired.

"I know so many things about this course, that sometimes I forget something small, and then I’m surprised a little.

"Maybe a couple of times a month.

He called the course "special".

"For me this is one of the nicest courses in the world.”

The event is due to begin tomorrow and will run through until Sunday (June 24).