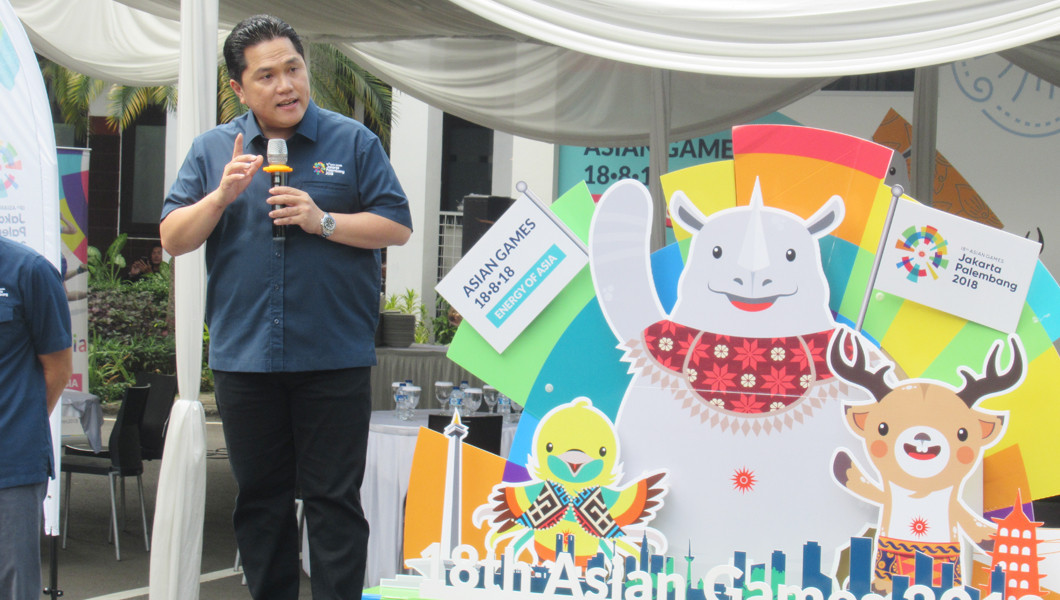 The President of the Indonesia Asian Games Organising Committee Erick Thohir called for "unity" at a post-Ramadan festival for 500 staff at their headquarters in Jakarta.

The event in the Indonesian capital was held to mark the official return to work after Eid.

It began with a speech by Thohir, highlighting that the Opening Ceremony of the Games is quickly approaching on August 18.

"I told them that they would face complaints and misunderstanding in the coming days and weeks but the most important thing is that we show team work," he said.

"Our team work will decide this."

In a gesture designed to symbolise forgiveness for any previous faults, all the staff then lined up and shook hands with their colleagues.

The event was also used to mark a "fresh start" after Eid and was followed by a food festival.

The 18th edition of the Asian Games, being co-hosted by Jakarta and Palembang, will feature 40 different sports.

In all, 4,066 medals will be awarded throughout the competition.