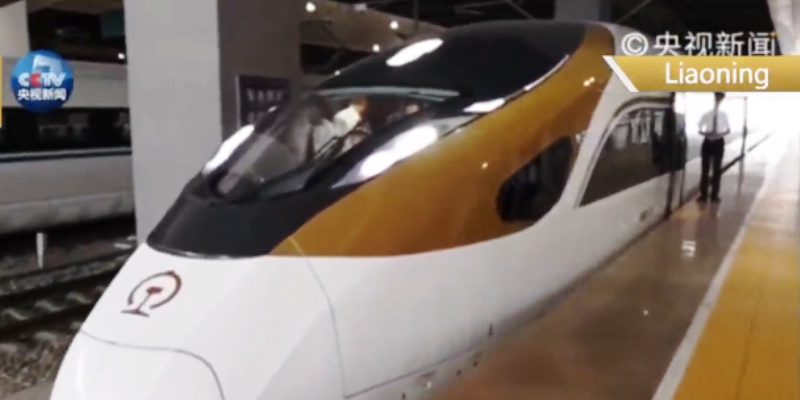 China has started testing a driverless high-speed rail system that will be put in place around Beijing in time for the 2022 Winter Olympics and Paralympics.

The China Railroad Corporation conducted the automated tests using a high-speed train leaving Shenyang which was bound for Heishan on the Beijing-Shenyang railway.

Similar to trials currently being conducted on self-driving cars, a human driver is required to monitor the automated train in case of emergencies.

Train driver Zhang Kai likened himself to the train's "back-up," telling China Daily that the automated system has freed up his hands so that he only has to look over the train's operation.

Described as "China's first smart railroad", the railway linking Beijing and Zhangjiakou - a main venue hub for the 2022 Olympic Games - will feature the new technology as well as a staff of service robots designed to carry luggage for passengers.

The automated test was performed on one of the 16 new 414 metres-long models of the "Revival" high-speed train series, scheduled to begin service on July 1.

"As the train speed will be raised to 350 kilometres per hour or even faster in the future, it requires a higher standard for safety control," said Institute of Railway and Urban Rail Transit of Tongji University professor Sun Zhang.

"Man is not as reliable as machine in train operation, since man can be distracted by his emotions, health conditions, and other unexpected situations, which may pose a great danger to travellers' safety."

The driverless trains are expected to begin welcoming public passengers as early as next year with more tests to be performed up until September.

China's first automated subway began operation in Beijing on the last day of 2017.

A new Chinese 30m-long automated hybrid bus/tram/train designed to drive itself on city roads also made its debut last year.