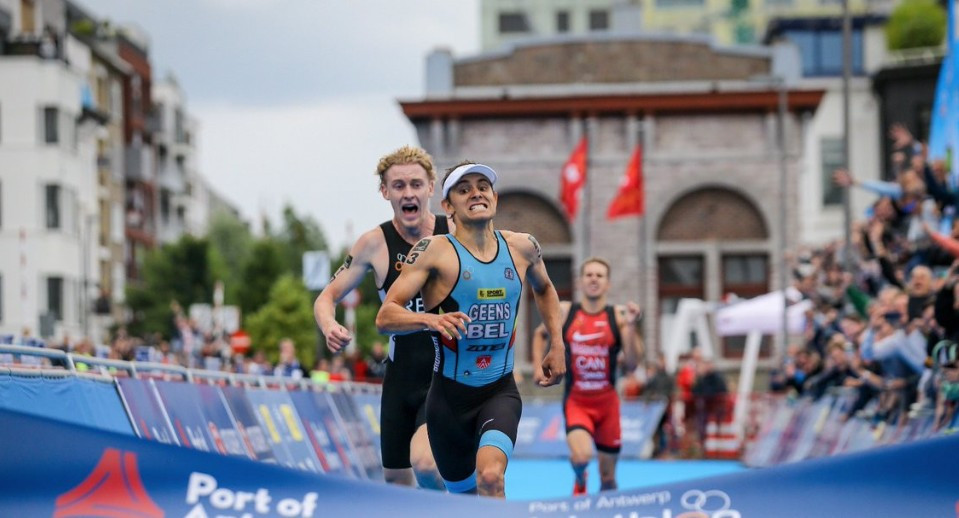 The 25-year-old finished first in the men's sprint event after a 750 metre swim, 22.6 kilometre cycle and five kilometre run.

It was the first time an ITU World Cup event had been held in Belgium.

Martin van Riel, another Belgian, was the pre-race favourite but he was only able to finish fourth behind Kiwi Taylor Reed and Canadian Tyler Mislawchuk.

Van Riel finished the swim right at the front, emerging from the water after just nine minutes and one second, but was unable to maintain his lead over the bike ride and run.

In the women's race, American Summer Cook took the win 1:02.52 in front of Great Britain's Beth Potter in second.

Unlike Van Riel in the men's event, Cook held her lead right from the beginning with the fastest swim out of the whole field.

She stepped out of the water forst and eventually finished the race 19 seconds clear of her closest rival.

Italy's Verena Steinhauser finished in third with a time of 1:03:13.