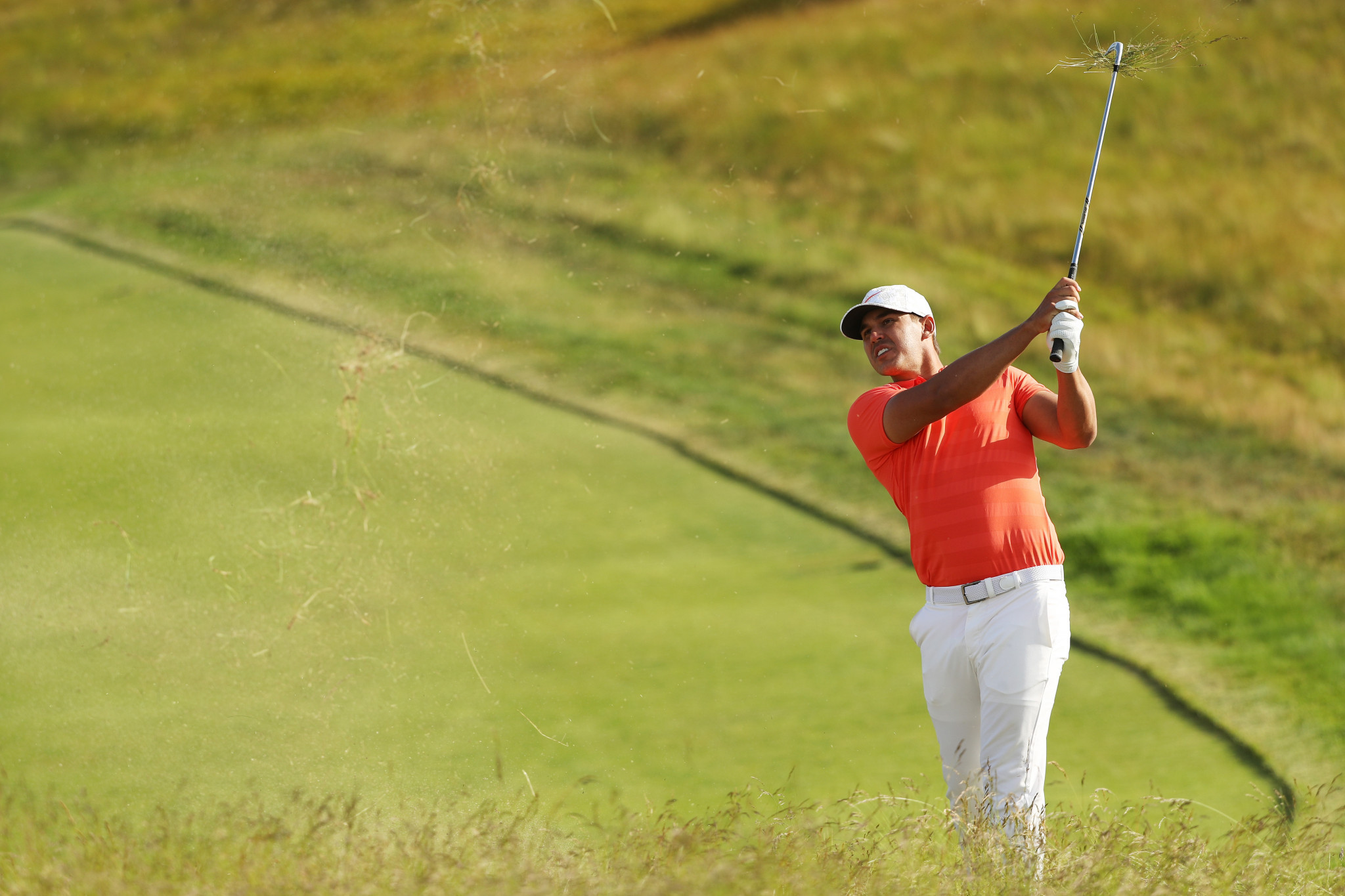 Defending champion Brooks Koepka and world number one Dustin Johnson are among four players tied for the lead heading into the final round of the US Open at Long Island's Shinnecock Hills.

Johnson headed into the penultimate day of competition with a four shot lead and the American was the only player under par.

His advantage quickly evaporated on the front nine, after he recorded a double bogey at the third hole, before a further four bogeys.

The 2016 winner was able to put the difficult start behind him with a birdie on the back nine.

A bogey on the 15th and 18th saw him drop back to a share of the lead, having carded a seven-over-par round of 77.

His fellow American Koepka finished the day with a three-over-par 72, putting him level with Johnson at the top of the standings.

They were joined by Daniel Berger and Tony Finau, who were two of only three players to achieve under par rounds.

Both players carded four-under-par rounds of 66 to ignite their challenge for the major.

England’s Justin Rose is one shot off the overall lead on four-over-par, with Sweden’s Henrik Stenson lying two off the leading quartet.

Thailand’s Kiradech Aphibarnrat, following a two-under-par round for the day, lies three shots off the pace.

He is joined on six-over-par by the United States’ Patrick Reed and Jim Furyk.

There was controversy involving five-time major winner Phil Mickelson, who hit his missed bogey putt on the 13th hole, despite the ball still moving and appearing to be heading off the green.

The American, who was celebrating his birthday, was handed a two stroke penalty for the incident.

It led to Mickelson finishing the hole in 10 strokes and the American defended his actions.

"At that time, I just didn’t feel like going back and forth.

"It's my understanding of the rules.

"I've had multiple times where I've wanted to do that, I just finally did."

Several former players have called for Mickelson to be disqualified, but the United States Golf Association (USGA) gave him the two shot penalty for "making a stroke at a moving ball", rather than "an action with the intent to influence the movement of a ball in play" which could have seen him disqualified.

A number of players have vented their frustration at organisers, claiming that the greens have been "unplayable" due to the pace.

Spain's Rafa Cabrera Bello, who is 10-over-par for the tournament, offered the strongest criticism.

"Greens were unplayable, with unnecessary pin positions," he tweeted.

"USGA found a way to make us look like fools on the course.

"A pity they manage to destroy a beautiful golf course."

Competition is set to conclude tomorrow.