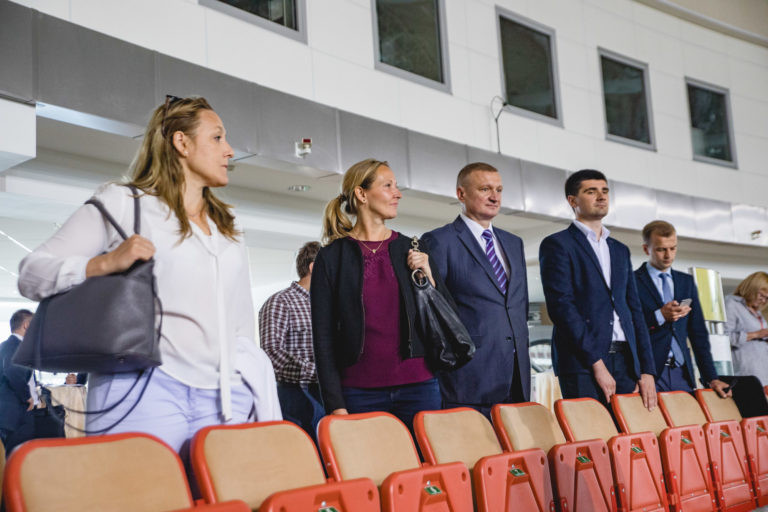 The general director of the European Union of Gymnastics (UEG) Lisa Worthmann has visited the Minsk Arena prior to the second European Games next year.

The venue will play host to competitions in acrobatic, aerobic, artistic and rhythmic gymnastics, as well as trampoline, during the multi-sport event in June 2019.

A test event is due to take place in April.

"Of course, the organisation of test competitions is a great way to test your strengths and capabilities before the main start," said Worthmann.

"After test events, you can improve not only the infrastructure but also the work of the organising team."

During the visit a detailed schedule was discussed for the competitions during the Games, with Worthmann noting it was much easier to discuss "when everyone is at the same table".

After visiting the arena, meetings were held at the headquarters of the Belarus National Olympic Committee, between technical delegates of the UEG and members of the Minsk 2019 European Games Organising Committee.

The Games in Minsk will take place between June 21 to 30 with 15 sports on the programme.

The event was originally touted to take place in The Netherlands, but they withdrew their interest in 2015 citing financial concerns.

Minsk was then the only other candidate to take up the baton.