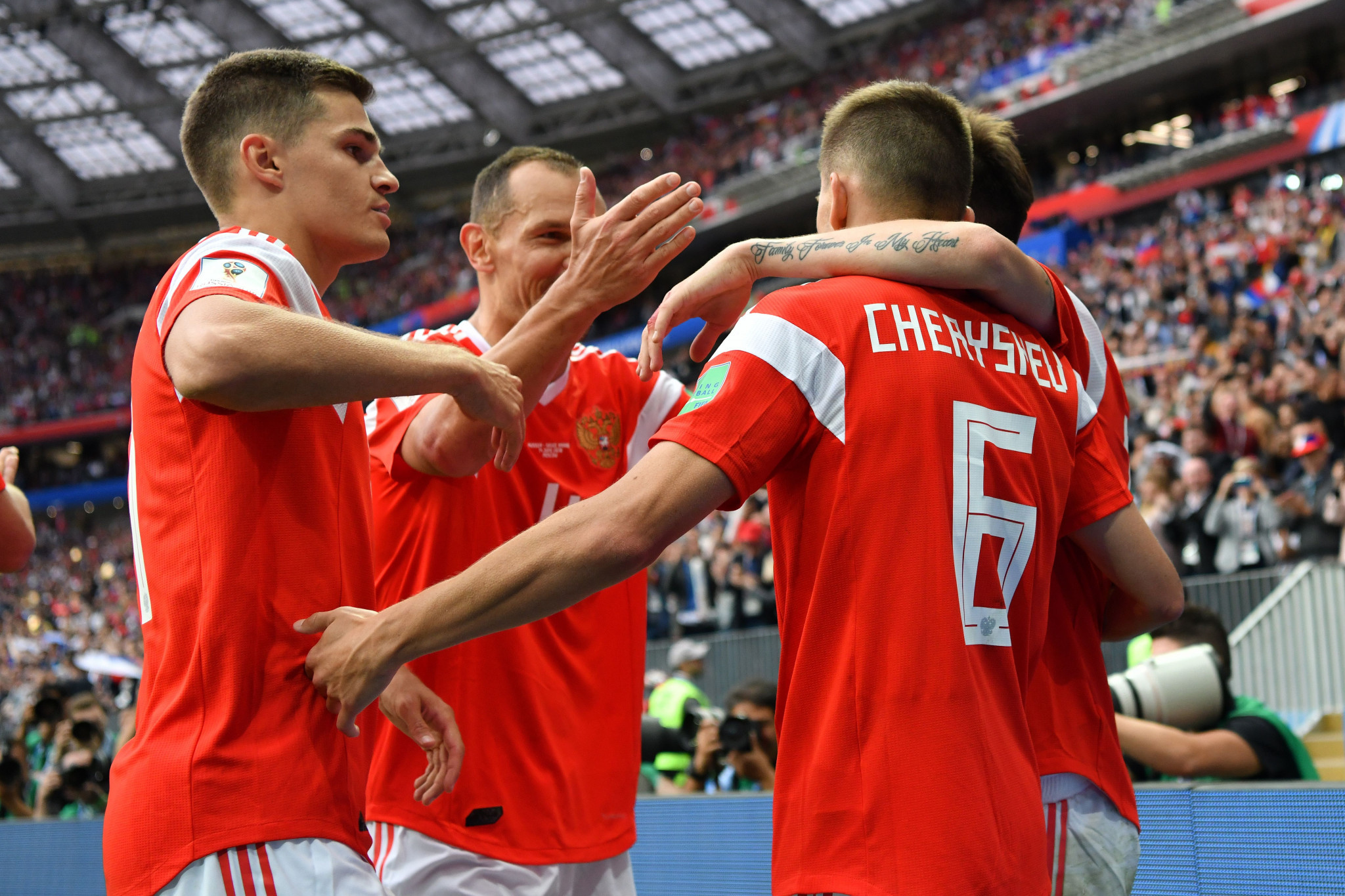 Russia punished a woeful Saudi Arabia 5-0 today to record the biggest win by a host nation in the opening match of a FIFA World Cup since 1934.

It represented a remarkable turnaround for Stanislav Cherchesov's side after a failure to win any of their past seven matches heading into the tournament.

Yuri Gazinsky headed the hosts into the lead after just 12 minutes in front of 78,011 fans at the Luzhniki Stadium in Moscow.

Substitute Denis Cheryshev then punished some woeful defending to strike home a second before half-time.

Another replacement in Artem Dzyuba headed a third before two more strikes late on.

Cheryshev smashed home for his second before a superb free-kick was curled around the wall in injury time by Aleksandr Golovin.

It completed the best start by a host nation since Italy thumped the United States 7-1 in 1934.

In truth, the match said more about Saudi Arabia being bad than Russia good, and tougher tests lie ahead in the form of Uruguay and Egypt.

But it was nonetheless a welcome boost for a side considered among the weakest host nation's squads ever assembled.

"There are no words to express what I'm feeling right now," said double goalscorer Cheryshev afterwards.

"I'm so happy for my family who have struggled with my injuries - they deserve this.

"I could never have dreamed of anything like this."

The match followed a brief Opening Ceremony in which English singer Robbie Williams capped an appearance considered controversial by some by aiming an obscene gesture towards a camera.

He was joined in a duet by Aida Garifullina, a soloist from the Vienna State Opera to sing "Angels."

They sat either side of FIFA President Gianni Infantino.

Three matches are scheduled for tomorrow.

Uruguay and Egypt will lock horns in Group A at the Central Stadium in Yekaterinburg before Morocco face Iran at Saint Petersburg's Krestovsky Stadium in Group B.

Portugal will then face Spain inan  anticipated showdown elsewhere in the group at the Fisht Olympic Stadium in Sochi.

Julen Lopetegui was sensationally sacked as Spain manager yesterday following his surprise appointment as boss of Real Madrid and the 2010 World Cup winners have replaced him with Fernando Hierro for the World Cup.