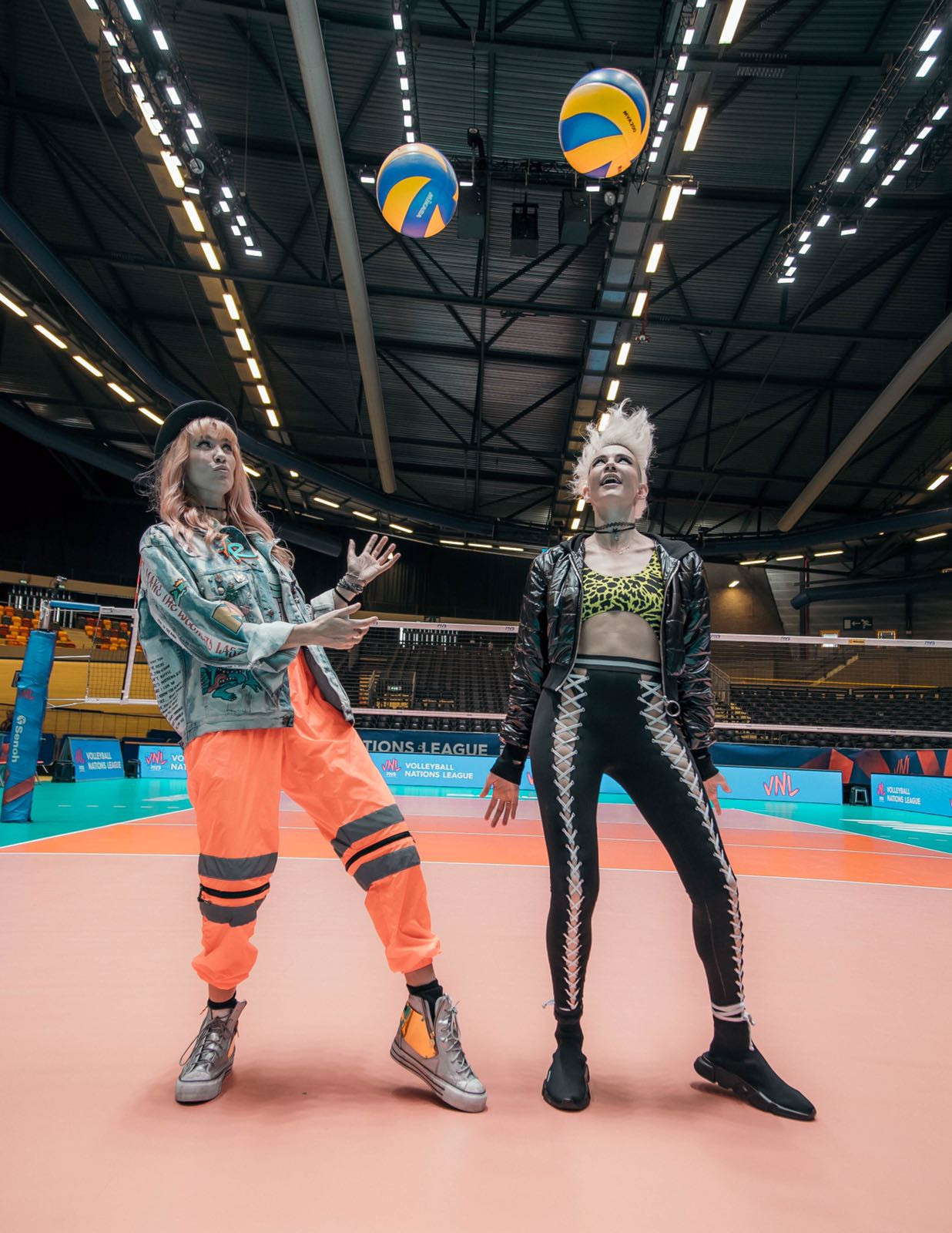 As part of the deal NERVO will perform at the VNL Finals, first in Nanjing on June 27 and then again in Lille on July 8.

The partnership was announced at the VNL tour date in Ottawa, with NERVO performing a global debut of their new track "Worlds Collide".

NERVO, twin sisters Mim and Liv, are arguably the most successful female DJs in the world, having written and produced some of the biggest club tracks in recent years.

Liv Nervo said: "As Australians, we're no strangers to sport.

"But the party atmosphere of VNL matches is pretty special.

"The energy between the players and the fans has been at the heart of the collaboration."

The VNL is a new event where 16 nations go head-to-head in a round robin format.

The International Volleyball Federation (FIVB) say the collaboration with NERVO is "another indication", of their commitment to lead the way in fan experience.

Fernando Lima, secretary general of the FIVB, said: "Sport and music are a fantastic mix as both deal with human creativity and capacity to engage with people.

"Volleyball has a global fan base and the VNL will provide a platform for great sport, alongside fantastic entertainment and an unforgettable fan experience.

"There will be an amazing party atmosphere and NERVO will be a big part of that".