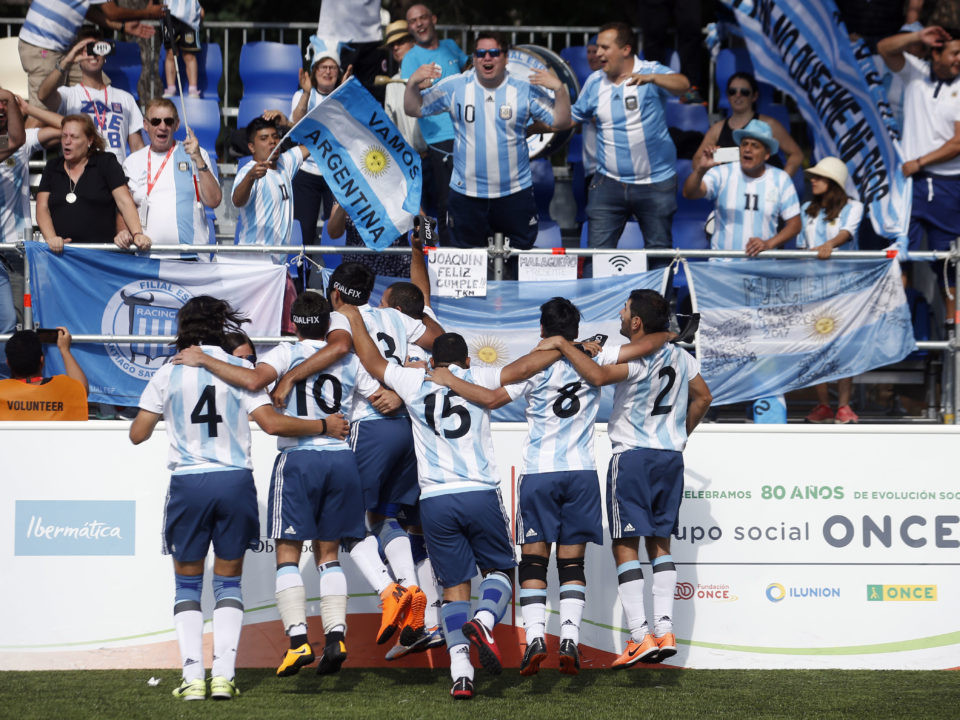 Argentina eliminated England on penalties at the quarter final stage of the Blind Football World Championship in Madrid.

The South Americans won the penalty shoot-out 1-0, after the match itself finished 1-1.

It was the stand-out result of day five and surely means England's fear of penalties will not disappear for some time yet.

Elsewhere in today's action at the Colegio Sagrado Corazón, China beat Morocco 1-0 and booked their place in the semis, thanks to a goal by Zhang Jiabin.

The results mean Argentina will play Russia in the first semi-final, with Brazil facing China.

The event is being held in Spain for the first time.

In another first, 16 teams have taken part, the most ever.

In previous years between ten and 12 teams have taken to the field.