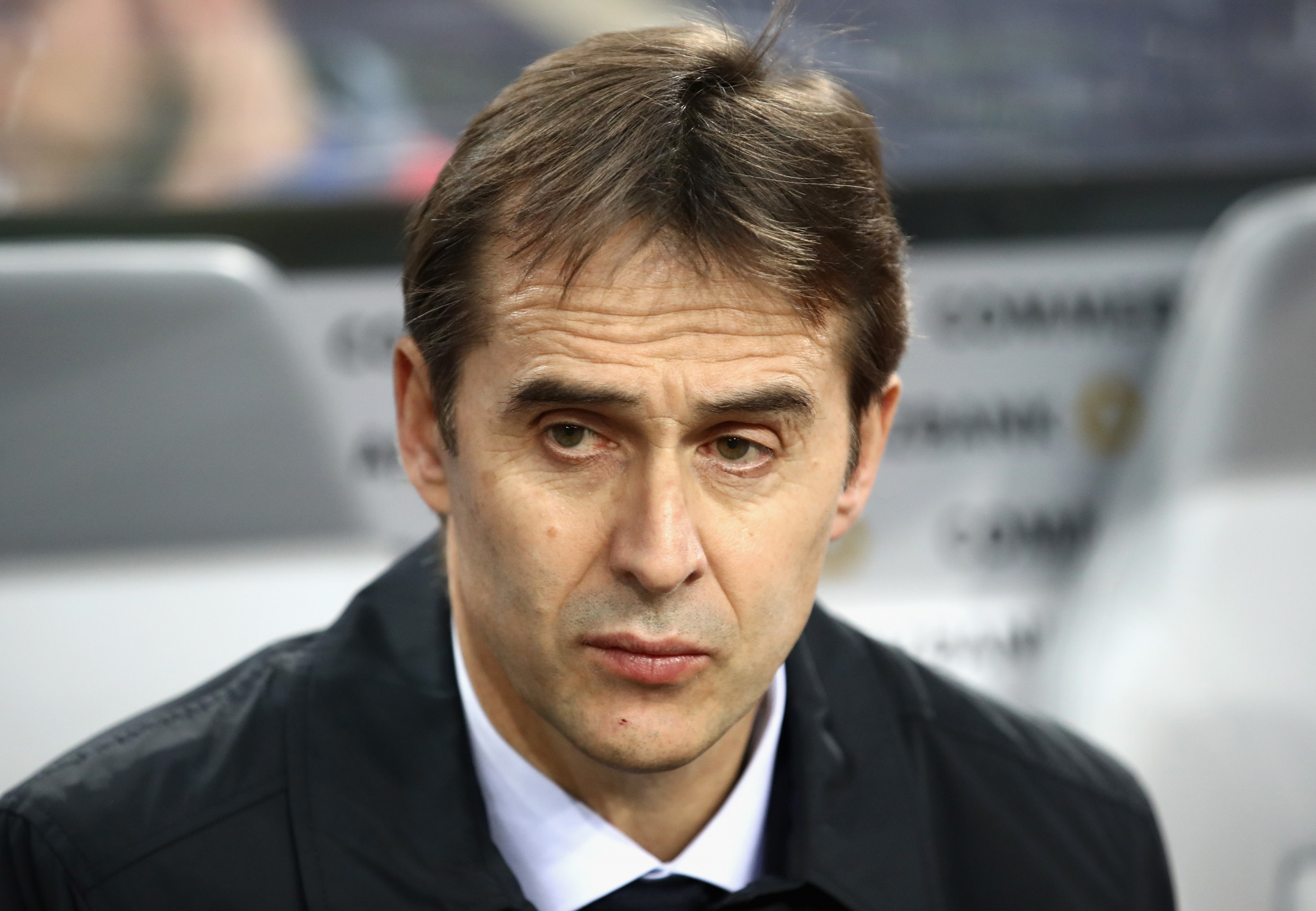 Spain have sacked their manager on the eve of the FIFA World Cup in Russia.

He had been set to succeed Zinedine Zidane at the Bernabeau once the World Cup had finished, but it emerged earlier today that the Spanish Football Federation (RFEF) had no idea the negotiations had taken place until five minutes before Lopetegui's appointment was announced.

At a press conference today RFEF President Luis Rubiales said he would receive criticism whether or not he decided to sack Lopetegui.

"I'm sure this will, in time, make us stronger," he said.

"I admire Julen very much, I respect him very much.

"He seems a top trainer and that makes it harder to make the decision."

Ultimately, though, Rubiales said the decision was made because Lopetegui's behaviour had been "unacceptable".

Their sporting director Fernando Hierro will now take charge of the team for the duration of the tournament.

Hosts Russia will play the first game of the tournament tomorrow, as is tradition.

They face Saudi Arabia at 6pm local time in Group A at Moscow's Luzhniki Stadium, in what is tomorrow's only game.

Then from Friday (June 15) at least three games will take place back-to-back every day, until the group stage ends on June 28.

Spain, in Group B, start their campaign on June 15 against neighbours and European champions Portugal at the Fisht Olympic Stadium in Sochi.

It's widely assumed whoever wins that match will top the group.

Morocco and Iran make up the numbers in Group B.

Russia and Saudi Arabia are joined by Egypt and Uruguay in Group A.

As the highest ranked team, Uruguay are considered the favourites to win that group.

Group C is made up of Australia, Denmark, 1998 champions France and Peru.

This year will most likely be the last chance for the five time Ballon D'or winner to grasp the Jules Rimmet Cup.

Croatia, Iceland and Nigeria are also in Group D.

Brazil, another team widely backed to lift the trophy, will be desperate to avoid an embarrassment similar to that experienced on home soil in 2014, when they were knocked out by the eventual winners Germany 7-1 in the semi-finals.

The Germans are in Group F in Russia alongside Mexico, South Korea and Sweden.

The World Cup final will be played at the Luzhniki Stadium on July 15.