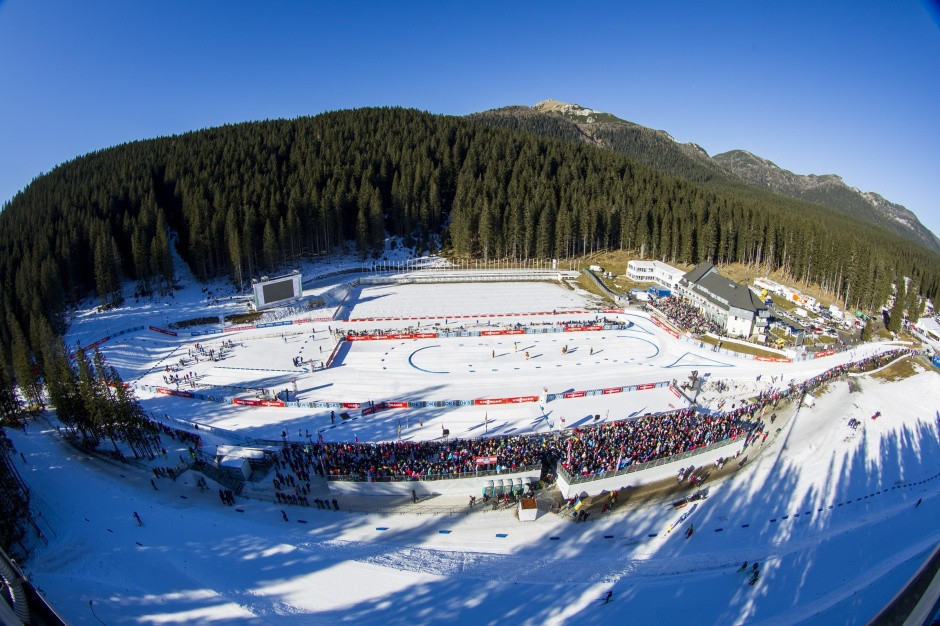 Pokljuka in Slovenia is set to be awarded the 2021 Biathlon World Championships as a replacement host for Tyumen after the Russian city was stripped of the event amid the fallout to the country's doping scandal.

The Slovenian resort, initially overlooked for the 2021 World Championships in a controversial vote at the International Biathlon Union (IBU) Congress in Chisinau in Moldova in September 2016, is the only confirmed candidate for the competition.

The IBU also revealed Nové Město na Moravě in the Czech Republic, which was also in contention for 2021, and Oberhof in Germany are the two contenders for the 2023 World Championships.

Both events are due to be awarded at the IBU's Congress in Poreč in Croatia from September 5 to 10.

Tyumen secured the 2021 hosting rights at the Congress in a decision which went against an International Olympic Committee (IOC) recommendation for all Winter Federations to "freeze preparations" for any major event in Russia and "seek alternative hosts".

This was made in the wake of the first part of the World Anti-Doping Agency (WADA)-commissioned McLaren Report.

The IOC then backtracked on this stance, telling Winter Federations the ruling only applied to future candidacies from Russia and not bid processes which had already started or events which had previously been awarded to the country.

The IBU came under intense pressure to strip Tyumen of the event following allegations of state-sponsored doping in the nation and eventually did so in February 2017 amid threats of non-compliance from WADA, whose rules urge International Federations not to give major competitions to non-compliant countries.

Since the IBU ordered Tyumen give back the hosting rights, fresh allegations of corruption within the 2021 World Championships voting process have emerged.

Norwegian Biathlon Union President Erlend Slokvik told NRK last month that he believes representatives were offered money and other incentives in return for voting for the Russian contender.

Documents obtained by the Norwegian broadcaster have also indicated that former IBU President Anders Besseberg and secretary general Nicole Resch had each revealed in meetings with athletes that the vote may have been influenced.

Besseberg and Resch each stepped down from their positions in April amid the opening of an investigation across Europe into possible doping, fraud and corruption involving Russian athletes and the raiding of the IBU's headquarters based on a tip-off by WADA.