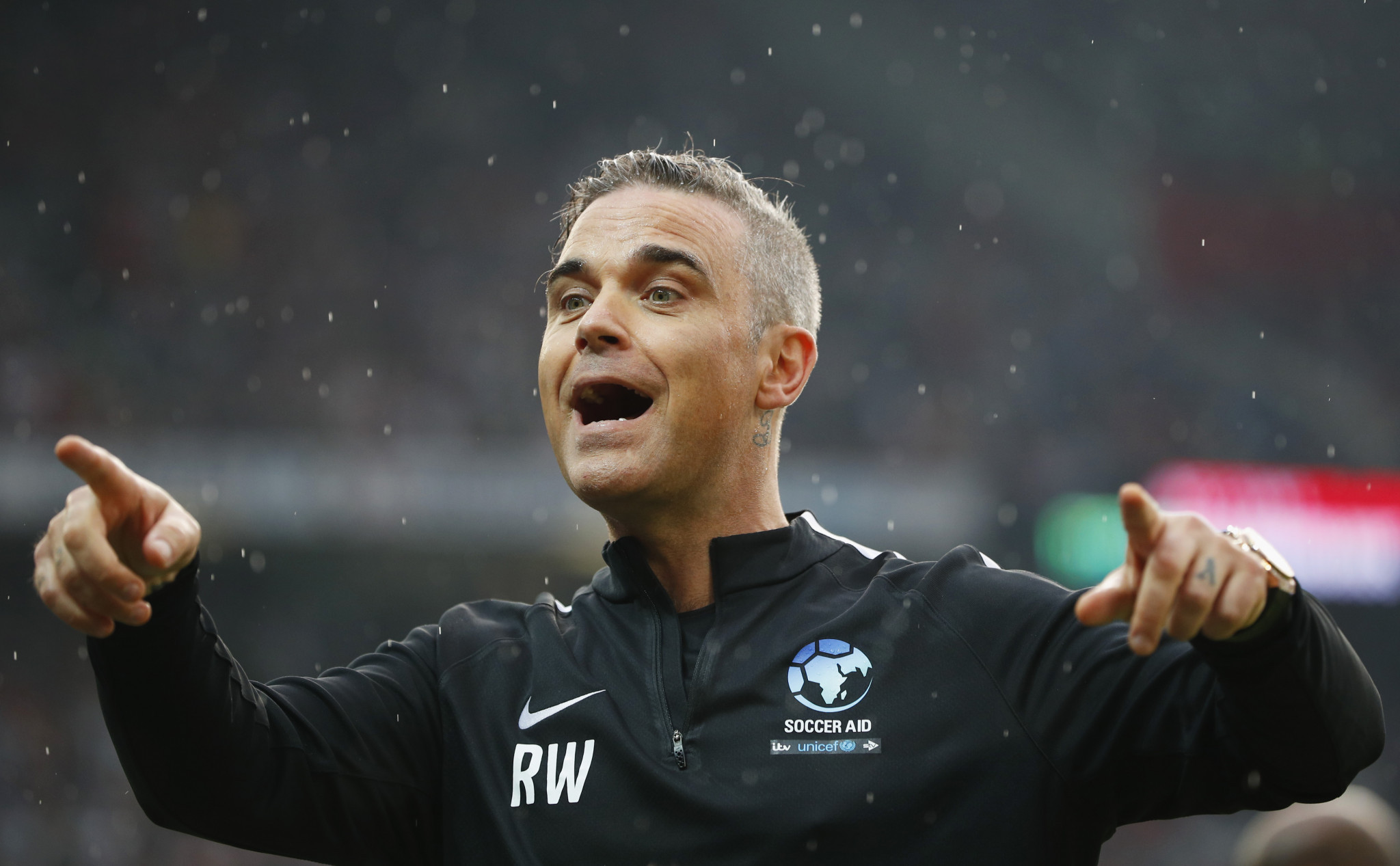 British singer Robbie Williams is among acts set to perform in the Luzhniki Stadium here during the Opening Ceremony of the FIFA World Cup on Thursday (June 14).

The former Take That frontman, best known for the hits Angels and RockDJ, will perform a special duet with Russian soprano Aida Garifullina before the host nation's opening match with Saudi Arabia in Group A.

Brazil's two-time World Cup winner Ronaldo will also feature in a ceremony billed as consisting of a new format.

The Ceremony will focus on musical acts and take place just 30 minutes before kick-off scheduled for 6pm local time.

"I’m so happy and excited to be going back to Russia for such a unique performance," said Williams.

"I’ve done a lot in my career, and opening the FIFA World Cup to 80,000 football fans in the stadium and many millions all over the world is a boyhood dream.

"We’d like to invite football and music fans to party with us in Russia, in the stadium, or to tune in their TVs a little earlier for an unforgettable show."

Williams' appearance, for which his payment has not been disclosed, is considered controversial by some due to tensions between Britain and Russia this year following the poisoning of former double agent Sergei Skripal and his daughter in Salisbury in March.

Stephen Doughty, a Labour Member of Parliament on the Home Affairs Committee exploring suspicious deaths of Russians on British soil, claimed it is "surprising and disappointing" that Williams had "agreed to be paid by Russia and FIFA".

"At a time when Russian jets are bombing civilians in Syria, the Russian state is poisoning people on the streets of Britain, as well as persecuting LGBT+ people in Chechnya and elsewhere - let alone attempting to undermine our democracies - I can only assume Robbie will be speaking out on these issues alongside his performance?" he added, according to the Daily Telegraph.

In 2016 Williams released a song called "Party Like a Russian" drawing criitcism for its portrayal of Russian culture.

The Opening Ceremony will be produced by Russia's Channel One and the "creative concept" will be developed by Felix Mikhailov, who has directed other World Cup events including the preliminary and main draw.

"I never imagined I would be part of this huge celebration, the World Cup, happening in my own country," Garifullina, a soloist from the Vienna State Opera, said.

"The image that I will be presenting to the whole world will be very symbolic and associated with a dream coming to life.

"And, on July 15, we will find out for whom this precious dream will come true, back on the same stage, after a month-long festival of football in Russia."