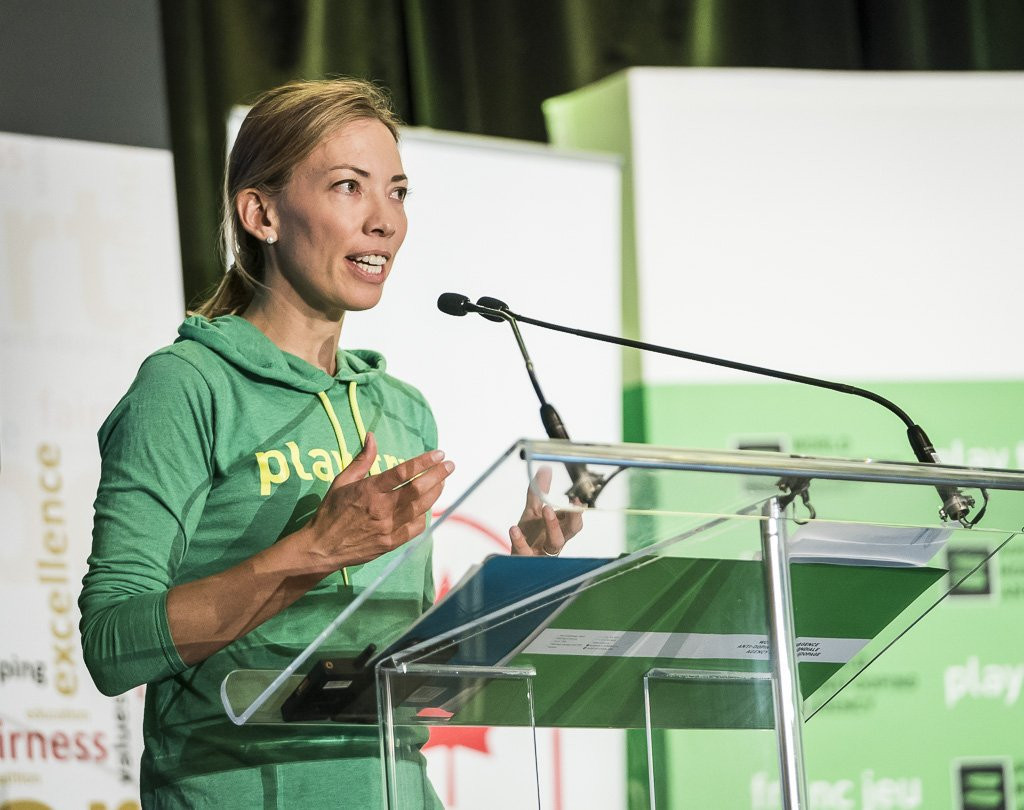 A schism between athlete representatives from the International Olympic Committee (IOC) and the World Anti-Doping Agency (WADA) has deepened after the two organisations clashed over a perceived lack of international spread at the latter's Global Athlete Forum.

Letters were sent to WADA by the chairs of Athlete Commissions in Europe, Asia and Africa complaining about what they claimed was "no proper representation of elected athletes" at the two-day event in Calgary.

They alleged that none of the Athletes' Commissions within the Olympic world were invited.

WADA Athlete Committee chairperson Beckie Scott denied this was the case and insisted the Forum, which concluded yesterday, had a "diverse, broad and international" depiction of the athlete community.

The criticism of the Forum comes after the sports movement, including IOC officials, tabled a motion at WADA's Foundation Board meeting in Seoul in November in a bid to stop it taking place.

insidethegames understands the sports movement proposed scrapping the Forum and instead diverting the money put aside for the athlete gathering into anti-doping areas such as research.

In response, Scott said it was "not the first time" such a move had been made against the WADA Athlete Committee, which she conceded had "taken a lot of hits" in recent years.

Former Senegalese 400 metres hurdler Amadou Dia Ba, who chairs the Association of National Olympic Committees of Africa (ANOCA) Athletes' Commission, led the criticism of the event in the Canadian city.

In an open letter sent to WADA director general Olivier Niggli and seen by insidethegames, Dia Ba claimed the Forum "does not properly represent the athletes" and all conclusions made were not endorsed by elected athletes.

It could be interpreted as a jibe at the WADA Athlete Committee, which is formed of appointed rather than elected former competitors.

"In short, this 'Global Athlete Forum' is totally unrepresentative," the Senegalese wrote.

"It does not properly represent the athletes and their elected representatives who must be at the centre of this debate.

"The speakers selected for the programme also ignores the views of entire continents of the world.

"It is at best highly embarrassing for the global sporting movement which prides itself on its universality and stands for equality."

The Forum included a high number of Canadian participants, with panellists at one session - entitled "Champions for Change" - comprising of three officials from the host country.

Scott dismissed the claims made by Dia Ba, whose letter was supported by Koji Murofushi and Gerd Kanter, the chairs of the Athletes' Commissions at the Olympic Council of Asia and European Olympic Committees respectively.

Scott, an Olympic cross-country skiing gold medallist, pointed to how there were athletes from 54 countries in attendance at the Forum.

The continental representation from athletes at the Forum was 14 from Africa, 13 from Asia, six from Oceania, 34 from the Americas and 37 from Europe.

Both Dia Ba and Murofushi were invited to attend but neither was able to participate.

"I think everybody is entitled to their opinion but we had strong representation," Scott told insidethegames.

"I think the numbers speak for themselves; 54 countries and over 100 athletes is a very strong representation globally.

"Everyone is entitled to that opinion but we have differing opinions on that.

"There was a diverse, broad and international representation at the forum.

"All athletes are affected by this subject and we tried to spread the reach and inclusion of athletes as wide as possible.

"I was aware of the motion [at the meeting in November] and for that reason I was especially pleased and proud that the Canadian Olympic Committee took up the leadership role to help the forum come into existence.

"We had some very strong partners ensuring that this forum took place and created a platform that we endeavoured to create to bring athletes together for this important conversation."