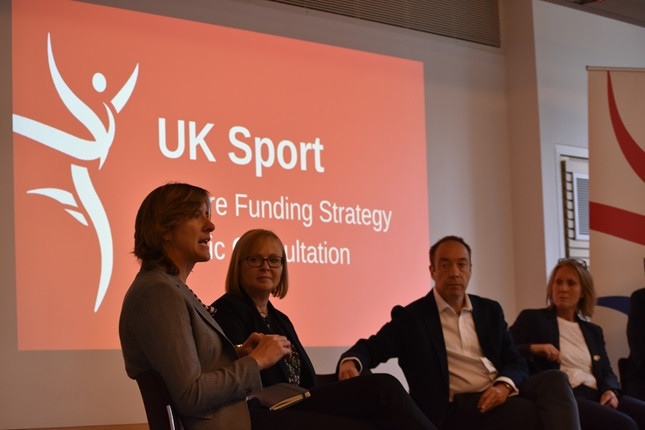 The way elite sport is funded in Britain could be facing a major shake-up after the 2020 Olympic and Paralympic Games in Tokyo following the launch of consultation into how UK Sport distributes National Lottery money.

Launched by the high-performance funding agency here today, the public discussions will look into UK Sport's future investment principles for Paris 2024 and how best to "inspire the nation through elite success".

The organisation invests around £100 million ($133 million/€114 million) of Lottery and Government money into high-performance sport each year.

Its "no-compromise" policy - placing heavy emphasis on medal success at Olympic Games - has been the driving force behind elevating Britain into one of the most successful Olympic and Paralympic teams since its launch following a disappointing performance at Atlanta 1996.

Then, Britain finished 36th in the overall medals table with only one gold.

They then finished second at Rio 2016 with a total of 67 medals, including 27 gold, surpassing Britain's overall medal tally at its home Olympics four years earlier.

The approach has attracted criticism, however, especially from national governing bodies of sports which have failed to hit their medal targets and, as a result, have had their funding cut.

It will form the basis for a new funding strategy, due to come into effect from April 2021, when the current funding cycle for Tokyo 2020 finishes.

UK Sport has commissioned two sports consultancies - Future Thinking and The Sports Consultancy - to conduct and analyse the consultation responses, in order to keep the process "independent and impartial".

"The success of the UK’s high-performance sport system since the advent of National Lottery funding in the 1990s has been nothing short of remarkable," UK Sport chair Dame Katherine Grainger, herself a five-time Olympic medallist, said here today.

"The challenge now is how we build on that success, aiming for even more inspirational impact on the UK as a whole.

"Financially there will always be a limit to the public funding available, whether that is National Lottery or exchequer funding and so that means there are no easy answers when it comes to decisions.

"What is clear is that the UK Sport Board and I do not come at this with any preconceived conclusions other than that we believe in the power and inspiration of British sport.

"We look forward to receiving people’s views and welcome what we hope will be a lively, respectful and worthwhile debate."

Members of the public, along with stakeholders in national governing bodies, grassroots sport and athletes, politicians and the media, will be invited to take part ahead of decisions to be made later this year.

The consultation is due to stay open until August 19.

"Our elite sport system has transformed Britain into an Olympic and Paralympic powerhouse and it’s paramount that we build on this and continue to inspire future generations," Britain's Minister for Sport Tracey Crouch said.

"I'm pleased that UK Sport are going out to the public and stakeholders on how this can be achieved.

"I encourage everyone to share their views on what they want to see from the high-performance sport system in this country and how money should be invested."

Sebastian Coe, the former chairman of London 2012 and the British Olympic Association, was among those, however, who cautioned against changing a winning formula.

"I think there are very few occasions in the history of the nation where you can genuinely point to something that you are better at than anywhere else in the world," Coe, now President of the International Association of Athletic Federations, told the especially invited audience here today.

"I don’t know whether we can do that in many sectors.

"So I don’t want to cede that territory."