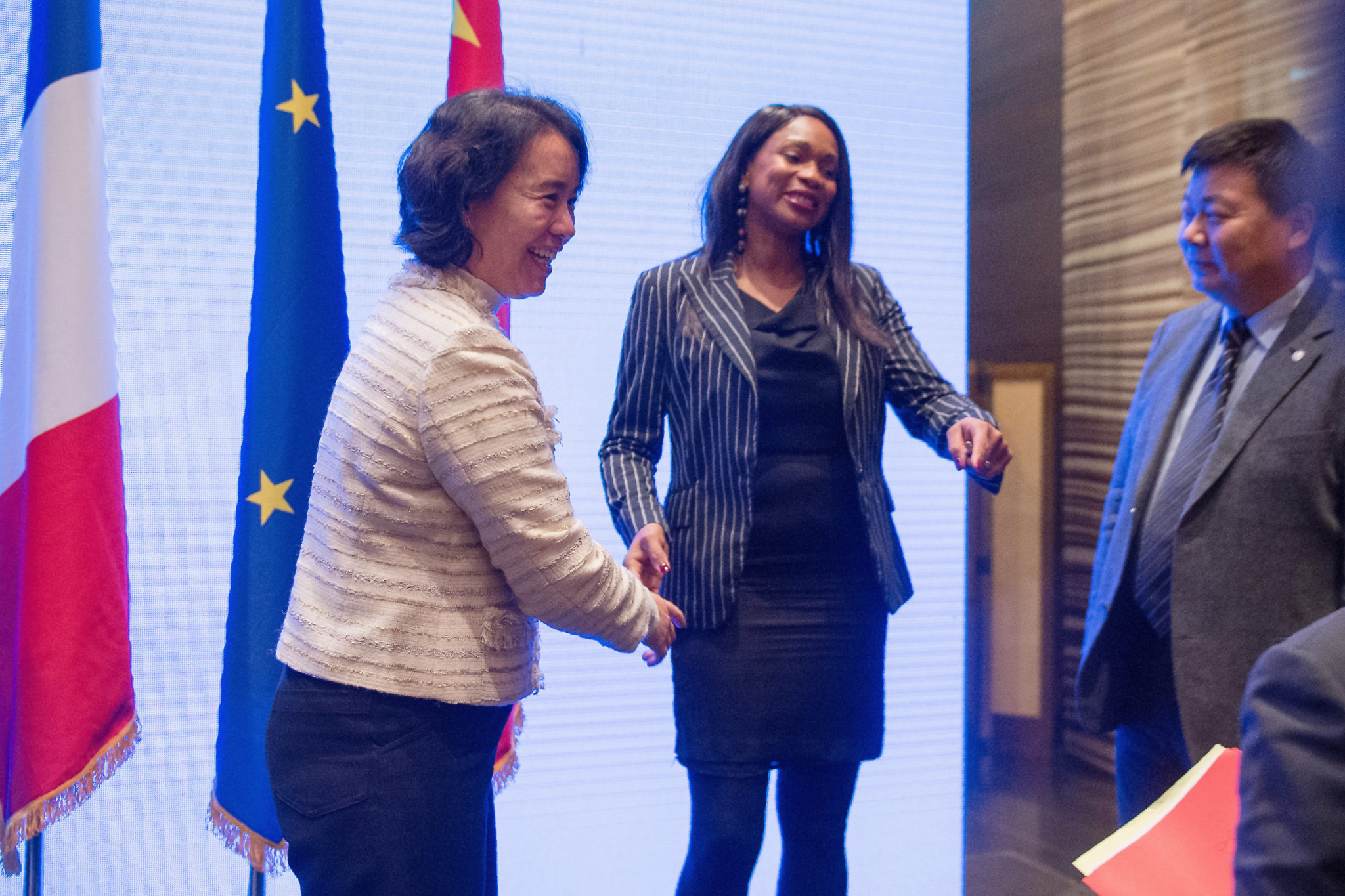 Beijing 2022 secretary general Han Zirong has stressed the importance of the International Olympic Committee’s (IOC) "New Norm" reforms for the Organising Committee following a day of discussions on the matter here at the Pyeongchang 2018 debrief.

Han was speaking at the end of a session which aimed to demonstrate how an inspired vision, smart planning, sustainable governance, integrated collaboration and a clear legacy strategy will help Beijing 2022 have a long-lasting, positive impact.

More than 100 reforms were unveiled by the IOC in February in an attempt to cut the operational costs of running the Olympic Games.

It is claimed that the 118 measures, launched in a document entitled The New Norm, could cut as much as $1 billion (£748 million/€854 million) from the costs of staging a Summer Olympic Games and $500 million (£374 million/€427 million) for the Winter edition.

The IOC promised to work with cities "every step of the way to ensure that the Games are affordable, beneficial and sustainable".

"I would like to thank all the experts today for sharing with us information of their experiences in organising the Games," Han said.

"A phrase that we talked about most from is 'New Norm'.

"After today’s meeting, I think the 'New Norm' for Beijing 2022 is very important.

"Because of the 'New Norm', it appears to me that the Olympic Movement has started a new page and these reforms cover multiple aspects and have very extensive implications.

"Some of them are quite unexpected for us, but I believe that future Olympics will surely bring us new development, new evolvement and new experiences."

Earlier today, Jan Antonio Samaranch, interim chairman of the IOC Coordination Commission for Beijing 2022, featured on a discussion panel that sought to explain the implications and benefits of the "New Norm".

He expressed his belief that the Olympic Movement is going to benefit from the reforms for years to come.

"I think it’s of paramount importance," he said.

"It’s about legacy, sustainability, making it more attractive and bringing it closer to so many sports lovers all around the world.

"So I think it’s a revolution - it’s maybe an evolution but it looks like it also could be like a revolution.

"It’s not shying away from many things that happened in the past.

"I’m thinking about the athletes coming to the Games, gender equality etc.

Dubi was keen to reiterate a comment made during the opening remarks of the de-brief by IOC President Thomas Bach, who claimed lessons from Pyeongchang 2018 "clearly show that we have turned the page with regards to our new approach to the Olympic Games".

"I think it’s very powerful and does illustrate what we have done here, we have turned the page," he said.

"There is no one size fits all model.

"It is all about the context, so that is very clear."

Asked what excites him most about the "New Norm" from the IPC's persepctive, Gonzalez said: "I think one element for us is the legacy.

"Now, it’s not only about holding the event itself.

"It’s more about the long-term legacy and what the cities want to achieve with the Olympic and Paralympic Games.

"I think that area is where the Paralympic Games has a contribution to make to this enhancement of the opportunities for cities who host the Olympic and Paralympic Games."

Beijing's preparations for the 2022 Winter Olympic and Paralympic Games were backed by Samaranch following a visit to the Chinese capital in April.

The Spaniard travelled to Beijing to conduct the fourth IOC Beijing 2022 Project Review and left claiming he was impressed by what he saw on his first visit since China were handed the Olympic flag following the conclusion of Pyeongchang 2018.

Beijing will make history when it hosts the Games as the first city to stage both the Summer and Winter editions.

The Summer Olympics in 2008 were notable for their extravagance, something the IOC are keen to avoid on this occasion.

Samaranch, who replaced Alexander Zhukov as head of the IOC Coordination Commission last year following the suspension of the Russian Olympic Committee, urged the Chinese to follow the guidelines laid out in the "New Norm".

Beijing will be one of three competition hubs during the 2022 Games.

The capital will be the home of ice sports at the event, with Alpine skiing and bobsleigh, luge and skeleton taking place in Yanqing.