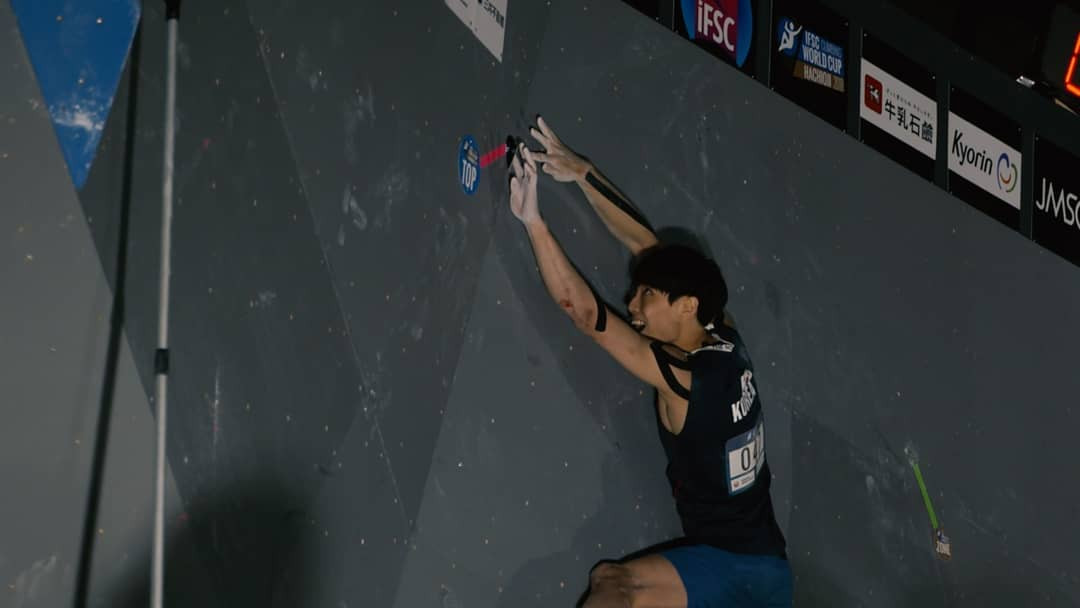 Topishko took first place in qualification one ahead of home favourites Kokoro Fujii and Tomoa Narasaki, both of whom rank among the top five bouldering athletes, at the Ésforta Arena Hachiōji.

A total of 20 of the 91 competing male athletes have qualified for the semi-finals, which are scheduled to take place tomorrow and will be immediately followed by the finals.

Twenty of the 67 competing female athletes earned a place in the semi-finals.

The two-day event in Hachioji will be followed by the penultimate stage of the 2018 bouldering season in the American town of Vail on June 8 and 9.