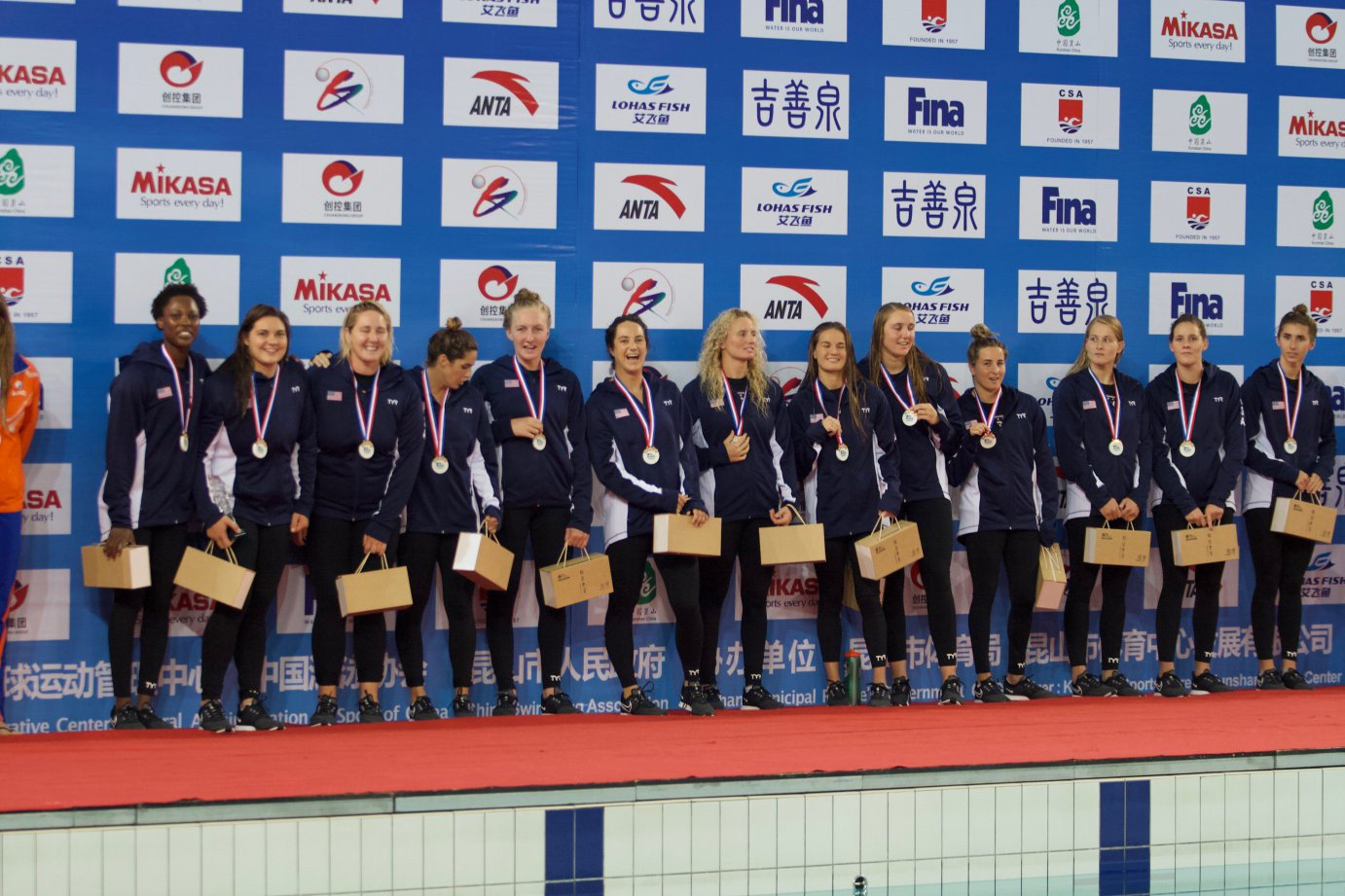 The US trailed after the opening quarter in the final at the Kunshan Sports Centre, but battled back to lead 3-2 at half-time and 6-4 at the end of the third period.

But The Netherlands kept battling and drew level with 2min 27sec remaining.

The US, rising to the challenge, duly scored twice to take an 8-4 victory.

It marked their 11th overall success at the World League Super Finals.

CONGRATS to the women of @USAWP on their fifth straight #WPWL18 title! pic.twitter.com/wV7xLAIHm3

Daria Ryzkhova sprinted the length of the pool and received a pass for a critical lob that hit the net as the buzzer sounded for a 7-6 victory.

Australia enjoyed a 10-7 win over Japan in the match to determine seventh place.

The Netherlands' Catherine van der Sloot was named Most Valuable Player while team-mate Maud Megens was the tournament's highest scorer, with 15.

Ashleigh Johnson of the US was named Best Goalkeeper.