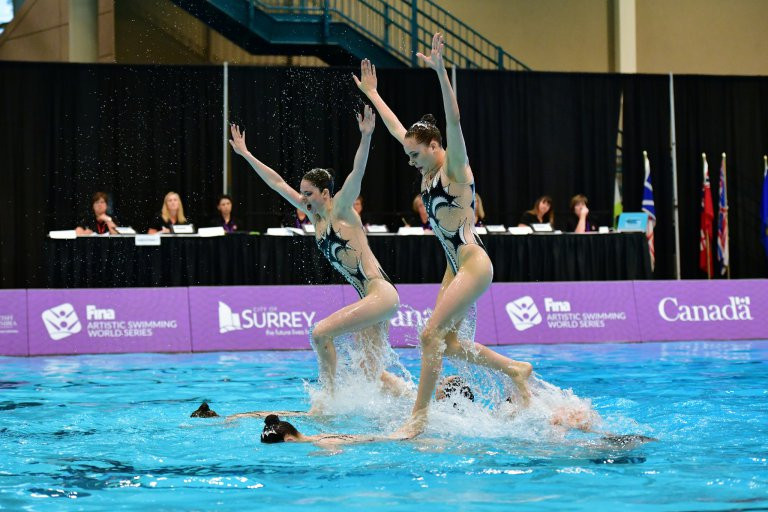 Ukraine claimed both the team free and free combination gold medals on a successful day for the nation at the International Swimming Federation (FINA) Artistic Swimming World Series leg in Surrey in Canada.

The first of their two victories came in the team free event, which saw them triumph with 93.2000 points at the Surrey Sport and Leisure Centre.

The routine’s choreography was innovative, while the lifts were dynamic and precise.

"They know what they want and they fight to get it."

In the free combination event, Ukraine came out on top with 92.9000 points.

They performed to "Beauty and the Beast", using the same routine that earned them the silver medal at the 2017 World Aquatics Championships in Budapest.

Ukraine’s combination also featured an innovative, jaw-dropping moment when Alina Shynkarenko was lifted high out of the water.

Resting on one set of swimmers, she was then tossed horizontally to another set in a perfect plank.

The United States, whose 10 representatives included seven that were 16 or younger, took the silver medal with 84.5333 points.

There was also success for Japan today in the duet technical event as two-time Olympian Yukiko Inui and Megumu Yoshida topped the podium with 91.5126 points.

Competition in Surrey is due to conclude tomorrow.