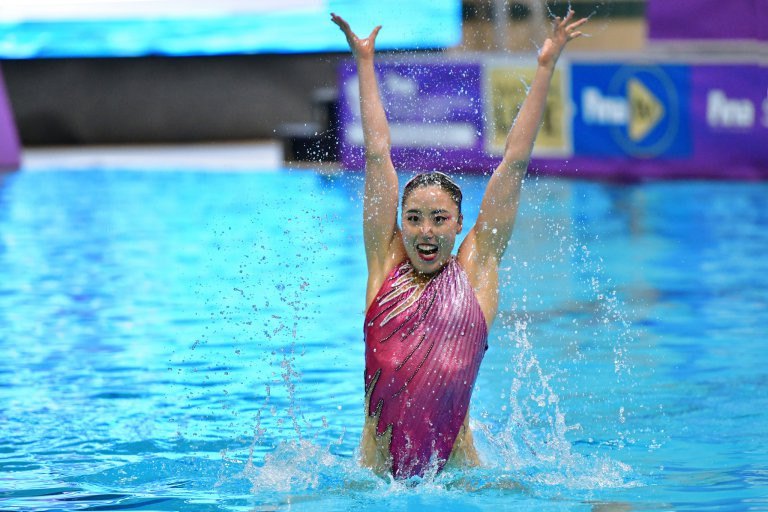 Two-time Olympian Yukiko Inui of Japan captured her second gold medal of the season after winning the women's solo free event on the opening day of the International Swimming Federation (FINA) Artistic Swimming World Series leg in Surrey in Canada.

All three medallists returned to the pool later to perform in the women’s team technical event, which saw Ukraine triumph with 90.7305 points after gaining the highest marks for execution and impression.

Victory secured Ukraine their first gold of the 2018 FINA Artistic Swimming World Series to go with their two silvers and one bronze.

Their programme, to the soundtrack of "Baron Munchausen" had a battle theme.

"I think now we can make better elements," team member Vladyslava Aleksiiva, who turned 17 years of age two days ago and was competing alongside her twin sister Maryna, said.

"Our team is strong."

Although Japan out-scored Ukraine in the elements portion, which is worth 40 per cent of the overall marks, they had to settle for the silver medal with 90.3419 points.

Hosts Canada claimed the bronze medal for their routine, registering 86.5904 points on their international debut.

South Korea's Lee Gabin and Byun Jaejun were the only duo to compete in the mixed duet technical event and scored 70.4526 points.

As the two 15-year-olds had only been training together since March 2018, it was the first time the judges had seen their warrior-themed programme.

It was also the first time they had seen Byun in action.

Competition in Surrey is due to continue tomorrow.