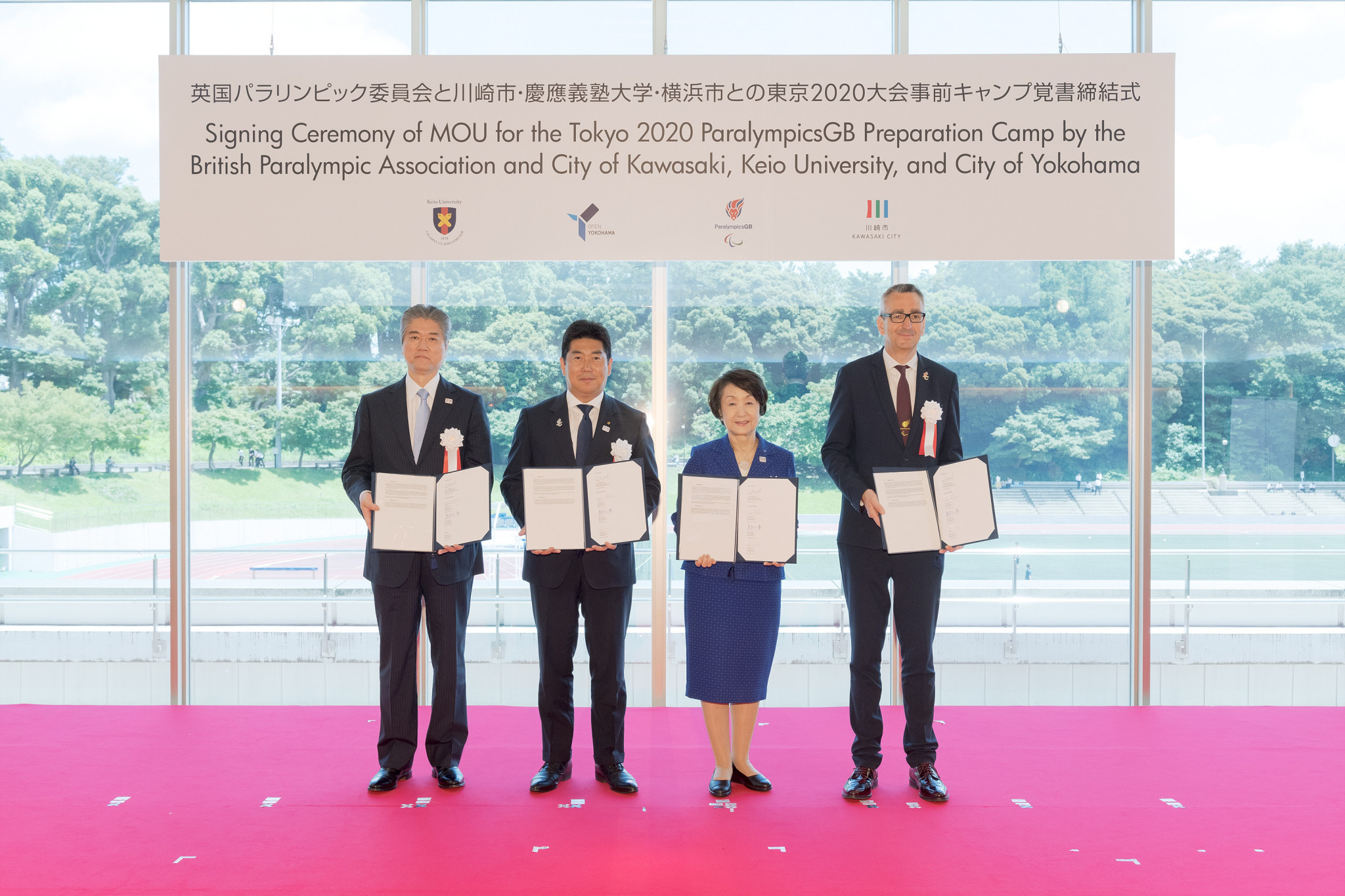 Keio University and venues in Kawasaki and Yokohama will serve as the preparation camp for British athletes competing at the Tokyo 2020 Paralympic Games, it has been announced.

The British Paralympic Association (BPA) has signed a deal with the university and the two cities, which will be used by British competitors as they make their final preparations for the event.

It will form what the BPA have said is the biggest ever preparation camp.

The camp will give athletes and support staff the opportunity to acclimatise and recover from travel fatigue, according to the BPA.

The deal was signed at the Hiyoshi Campus by representatives from the university and BPA officials including chief executive Tim Hollingsworth.

"I am delighted to be part of this agreement today with our partners from the cities of Kawasaki, Yokohama and Keio University," Hollingsworth said.

Huge day @ParalympicsGB as CEO @timhparaGB signs our @tokyo2020 pre Games preparation MOU with valued colleagues from Kawasaki, Yokohama & Keio Uni. Fantastic to see so many friends today including @UKinJapan @BritishJudo and many more. Excited by next steps #BestPrepared pic.twitter.com/DtsSbQd2IN

"Ensuring the UK is world leading in Paralympic sport on and off the field of play is at the heart of everything we do and to achieve this success takes many factors.

"A crucial one is to ensure that our great athletes have the best possible facilities, environment and support in their final preparations before a Games.

“That vital period can be the difference between their ultimate success and failure and we strive to always create a world class preparation centre to maximise their potential.

"I am confident this agreement will ensure our athletes will continue to inspire through their excellence at Tokyo 2020.

"We are honoured to work with such committed partners, who understand our requirements but also the positive impact the Paralympics can have.

"Having hosted London 2012 we know how powerful that force can be and the same can be true for Japan with Tokyo 2020."