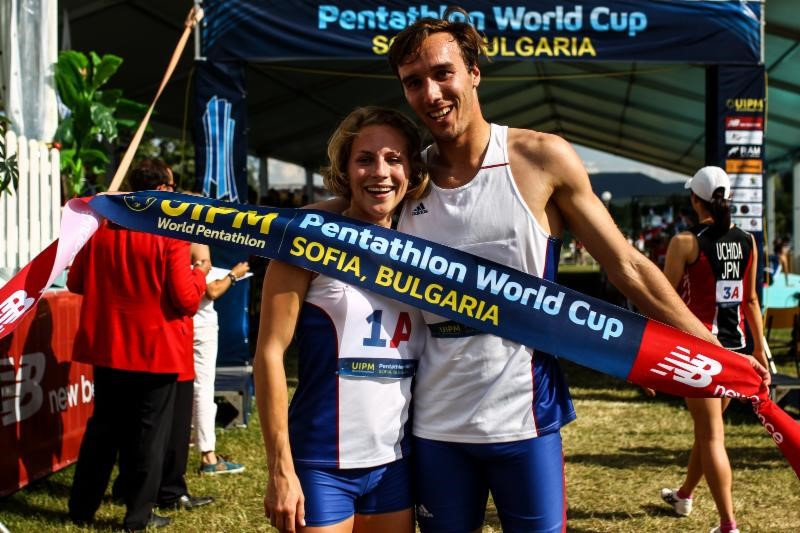 The duo prevailed with 1,448 points, beating Egypt’s Salma Abdelmaksoud and Ahmed Elgendy by a margin of 12 in Bulgaria’s capital.

"The whole day was so much fun - it started with really strong swimming and then fencing as well," Kuf said.

"In the riding our horses were a bit tired, but who can blame them after so many days?

"We managed to shoot well, we kept our distance from the rest of the field and we won.

"This is a really good boost for the rest of the season because the beginning wasn’t as good as I expected."

Belarus’ Iryna Prasiantsova and Yaraslau Radziuk claimed the bronze medal with the same points total as Abdelmaksoud and Elgendy, 1,436.

The event in Sofia was the fourth of this season's UIPM World Cup.

The UIPM World Cup Final is due to be held in Kazakhstan’s capital Astana next month.