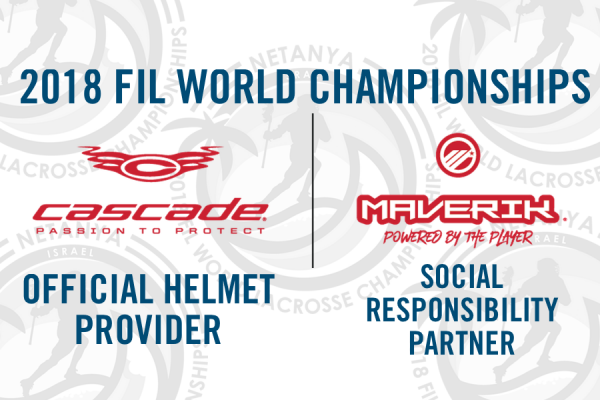 Cascade Lacrosse has been announced as the official helmet provider for this year's Men's World Championships in Netanya.

Hosts the Israel Lacrosse Association confirmed the appointment with action at the tournament set for between July 12 and 21.

In addition, Maverik Lacrosse have been revealed as a social responsibility partner of the flagship event.

Maverik will provide sticks in support of "Sticks for Kids", a scheme which uses the sport to "engage and empower" at-risk children.

"Partnering with a global lacrosse brand on the field like Cascade is truly exciting as we continue to build up our efforts toward the 2018 World Lacrosse Championships in Netanya.

"Their commitment to grassroots development is inspiring as organisationally we spend a majority of our time and efforts in that area, growing the game on an international scale."

David Lasday, the chief operating officer of Israel Lacrosse, added: "We are excited to use the sticks from Maverik to introduce the sport of lacrosse to thousands of Israeli youth through life skills lacrosse clinics at schools and after-school programmes on the periphery."