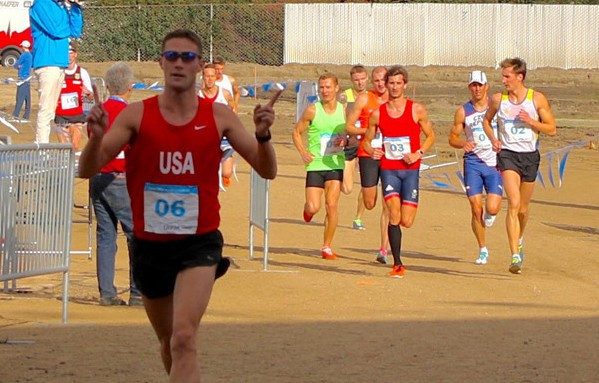 American modern pentathlete Logan Storie is free to return to competition on Thursday (May 24) after serving a backdated 15-month doping ban which has only just been announced.

Storie, who is listed as the world record holder for the swimming component in a 50 metres pool after a 1min 53.08sec clocking in 2015, failed a test for banned anabolic androgenic steroids androsterone and etiocholanone during an International Modern Pentathlon Union World Cup event in Los Angeles on February 24, 2017.

The offence contravened Article 2.1 of the UIPM Anti-Doping Rules, which usually means a standard suspension of four years "unless the athlete can establish that the violation was not intentional".

"In this case, Logan Storie provided evidence that satisfied the UIPM Doping Review Panel that he did not knowingly ingest the prohibited substances, and his suspension was set at 15 months," explained the UIPM in a statement dated May 16, eight days before the suspension was due to finish.

"All of his results in UIPM competitions since February 24, 2017 have been disqualified and he is free to return to the sport from May 24, 2018.

"UIPM is fully committed to the fight against doping and the promotion of clean sport and clean athletes."

Back at it! Eating healthy and Training hard in Colorado Springs! @froozerfruits are my favorite healthy snack to recover. What’s your favorite flavor? #froozers #froozercrew #healthy #running #snacks pic.twitter.com/5gynautnKi

Storie does not appear to have directly referred to the suspension on his social media feeds, but did tweet: "Back at it! Eating healthy and training hard in Colorado Springs!" last week.

He won his World Cup semi-final in Los Angeles in 2017 in an apparent career breakthrough before the failed drug test.

The 29-year-old is an infantry officer in the US Army and is still listed as part of the USA Modern Pentathlon performance programme.

insidethegames has contacted the UIPM for more information.