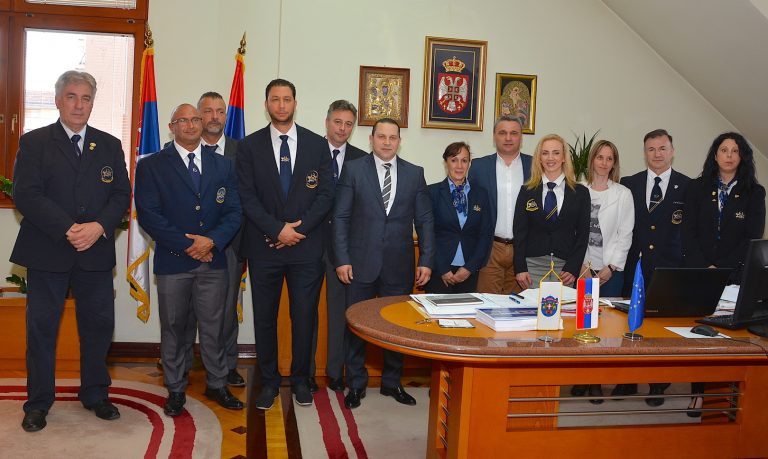 The Mayor of Čačak officially welcomed an International Federation of Fitness and Bodybuilding (IFBB) delegation on their visit to the Serbian city.

He was joined by his first deputy Milica Dacik, with the IFBB officials including Serbia's National Federation head Goran Ivanovic and Portugal's Vitor Reis.

Discussions were held on future sports projects in the city as well as the current state of Serbian fitness and bodybuilding.

The IFBB were in Čačak for the Diamond Cup competition, with the city playing host to its fourth event.

Gold medals at the event were won by Hungary, Bosnia and Herzegovina, Spain, Slovakia and Slovenia.