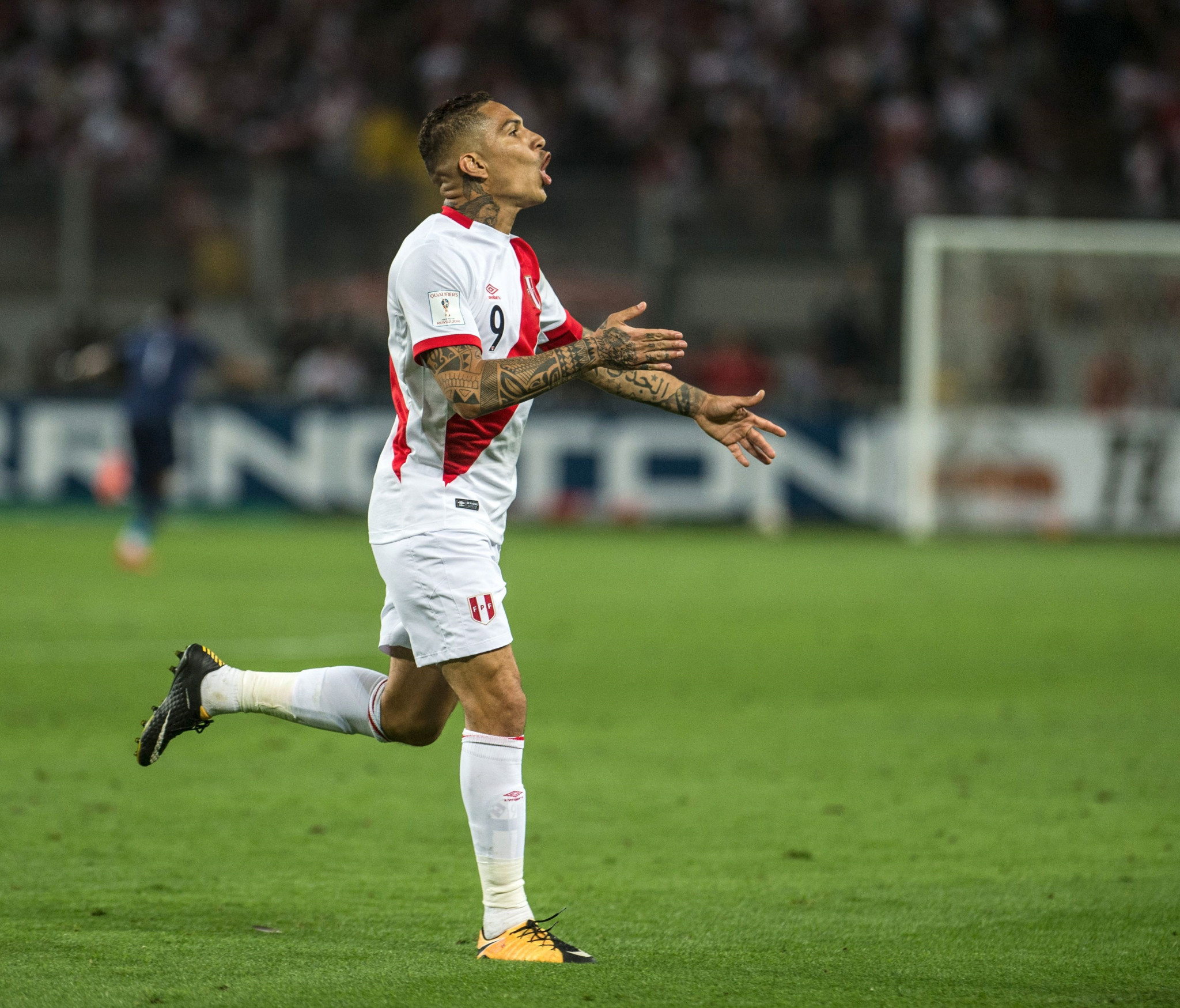 World players' union FIFPro says it has written to FIFA to request that Peru captain Paolo Guerrero be permitted to take part in the 2018 World Cup, an event he was ruled out of last week after the Court of Arbitration for Sport (CAS) extended his drugs ban from six months to 14.

FIFPro said on its Twitter page that it was "hoping for a breakthrough in the next 24-48 hours".

In another development, the captains of France, Australia and Denmark - Peru's World Cup group opponents - have also asked for the forward to be allowed to play.

Guerrero was initially banned for one year in December having tested positive for cocaine metabolite benzoylecgonine after his country's 0-0 draw in their World Cup qualifier against Argentina in Buenos Aires on October 6.

The ban, backdated to November, was reduced to six months less than two weeks later after the player protested to FIFA's Appeal Committee, meaning he was eligible for the World Cup in Russia, due to begin on June 14.

Following a case at CAS between Guerrero and the World Anti-Doping Agency, the ban has been extended to 14 months, backdated to the start of his six-month ban, meaning he has a further eight months to serve.

CAS increased the ban despite accepting that Guerrero did not attempt to enhance his performance by ingesting the prohibited substance.

UPDATE: @FIFPro has written to @FIFAcom requesting that Peru captain Paolo Guerrero be allowed to participate in the @FIFAWorldCup. We are hoping for a breakthrough in the next 24-48 hours. 🤞🏻 pic.twitter.com/nq5269UquD

Guerrero, Peru's all-time leading goalscorer, is said to have drunk an aromatic tea made from coca leaves.

Peruvian President Martín Vizcarra has publicly supported the country's star player and said that an appeal would be launched through the Swiss legal system.

FIFPro has already backed the 34-year-old, who is set to miss Peru's first World Cup since 1982, and called for an urgent meeting with FIFA.

"FIFPro considers the ban unfair and disproportionate, and the latest example of a World Anti-Doping Code that too often leads to inappropriate sanctions, especially when it has been established that there was no intent to cheat," a FIFPro statement read.

"Both FIFA and the Court of Arbitration for Sport agreed Guerrero did not knowingly ingest the substance and that there was no performance-enhancing effect.

"It therefore defies common sense that he should be handed a punishment which is so damaging to his career."

Guerrero defended himself in an interview with the New York Times.

"This is about my honour and my family’s honour," he said.

"There are people talking about me, that I did this, but I’ve never done anything like this.