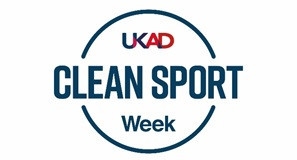 The UK Anti-Doping Agency (UKAD) have today launched Clean Sport Week, which will run through until Sunday (May 27).

The aim of the week is to promote and explain anti-doping education work, including steps taken by sport to protect athletes at all levels from performance-enhancing drugs.

UKAD also say that Clean Sport Week will be used "as an opportunity to drive public debate around performance and image enhancing drugs".

The organisation hope that some of the primary messages to emerge from the week will be on "the celebration of the values of clean sport through education programmes".

They have also committed to helping participants in sport at grassroots and amateur level understand the health risks of doping and using performance and image enhancing products.

Advice will be given on supplements and people will be encouraged to seek the right advice before taking them.

Highlights of the week's activities include an education outreach event at Loughborough University, which will feature Olympic rowing medallist Sarah Winckless, who is also a UKAD board member.

Powerlifter Ali Jawad and cyclist Callum Skinner, who are both members of UKAD's Athlete Commission, will also be involved tomorrow.

Additionally, on Thursday (May 24) an age-group training session will take place at the Brownlee Centre in Leeds, which will be attended by 2013 triathlon world champion Non Stanford.

The British OIympic Association, ParalympicsGB and the Wimbledon Tennis Championships are among those to have shown support for Clean Sport Week on Twitter.