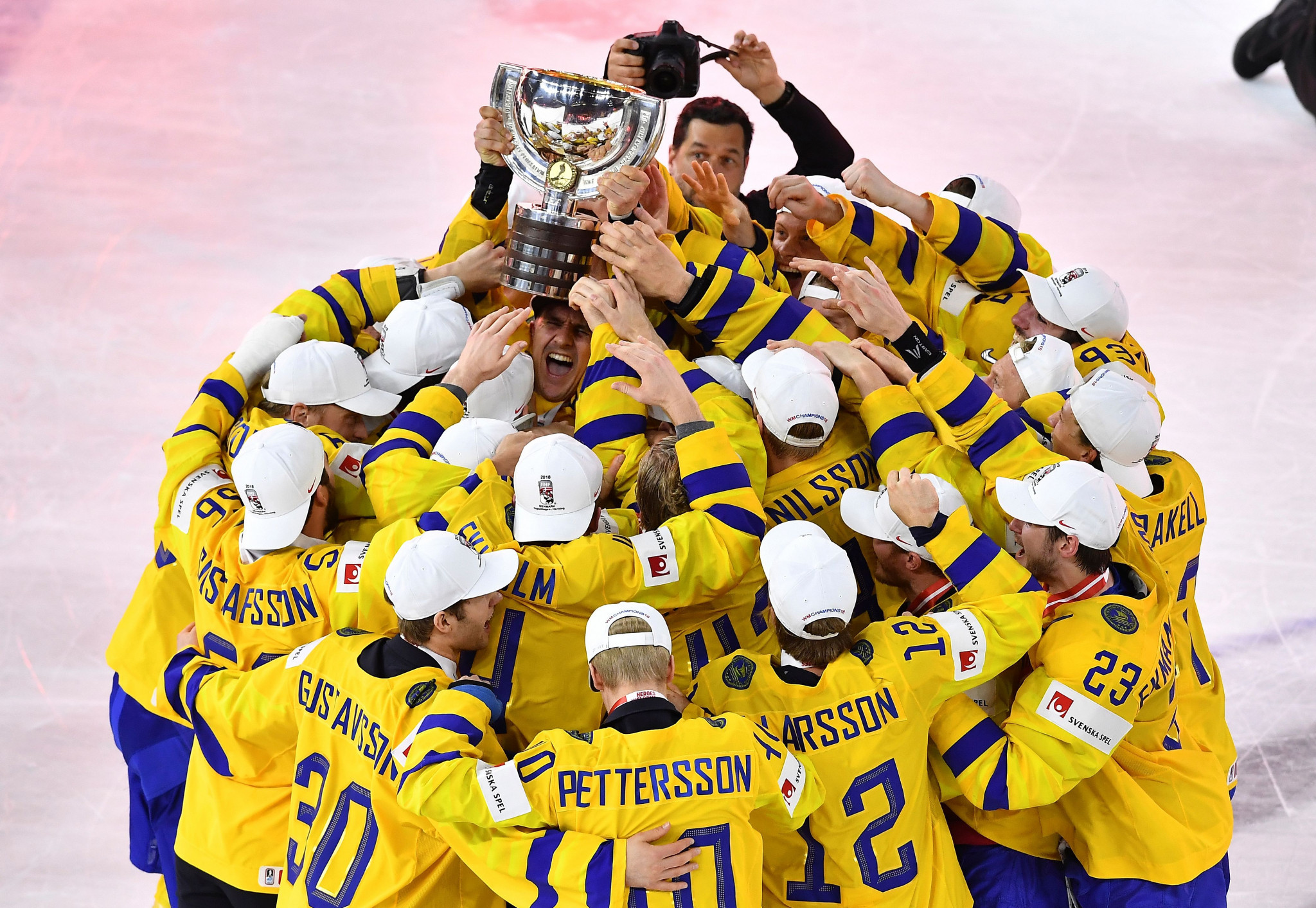 The Swedish team triumphed in a shoot-out to win gold against Canada last year and were forced to do so again at the Royal Arena following a 2-2 draw.

Switzerland were hoping to clinch their maiden World Championship title and twice led the match.

Nino Niederreiter gave them the lead after 16 minutes of the contest, but an instant reply from Gustav Nyquist saw the first period end level.

The Swiss team went back in front in the second period, with Timo Meier finding the net to edge them closer to a first triumph.

Sweden battled back again, with Mika Zibanejad putting them back on level teams.

A tense final period would end goalless, leaving the match heading into overtime.

With no goals coming in overtime, a shoot-out was left to decide the outcome.

Sven Andrighetto put Switzerland back in sight of the crown in their 53rd appearance at the annual event.

They would ultimately fall short, as Oliver Ekman-Larrsson and Filip Forsberg scored for Sweden, while the next four Swiss players missed.

Sweden have now won the title on 11 occasions, while Switzerland finished as runners-up for the third time.

Bronze was claimed by the United States, who bounced back from their 6-0 semi-final loss to Sweden by beating Canada.

Christopher Kreider gave the Americans a second period lead, but his strike was cancelled out by an effort from Marc-Edouard Vlasic.

Goals from Nicholas Bonino, Anders Less and a second from Kreider in the final period would give the US a 4-1 success.