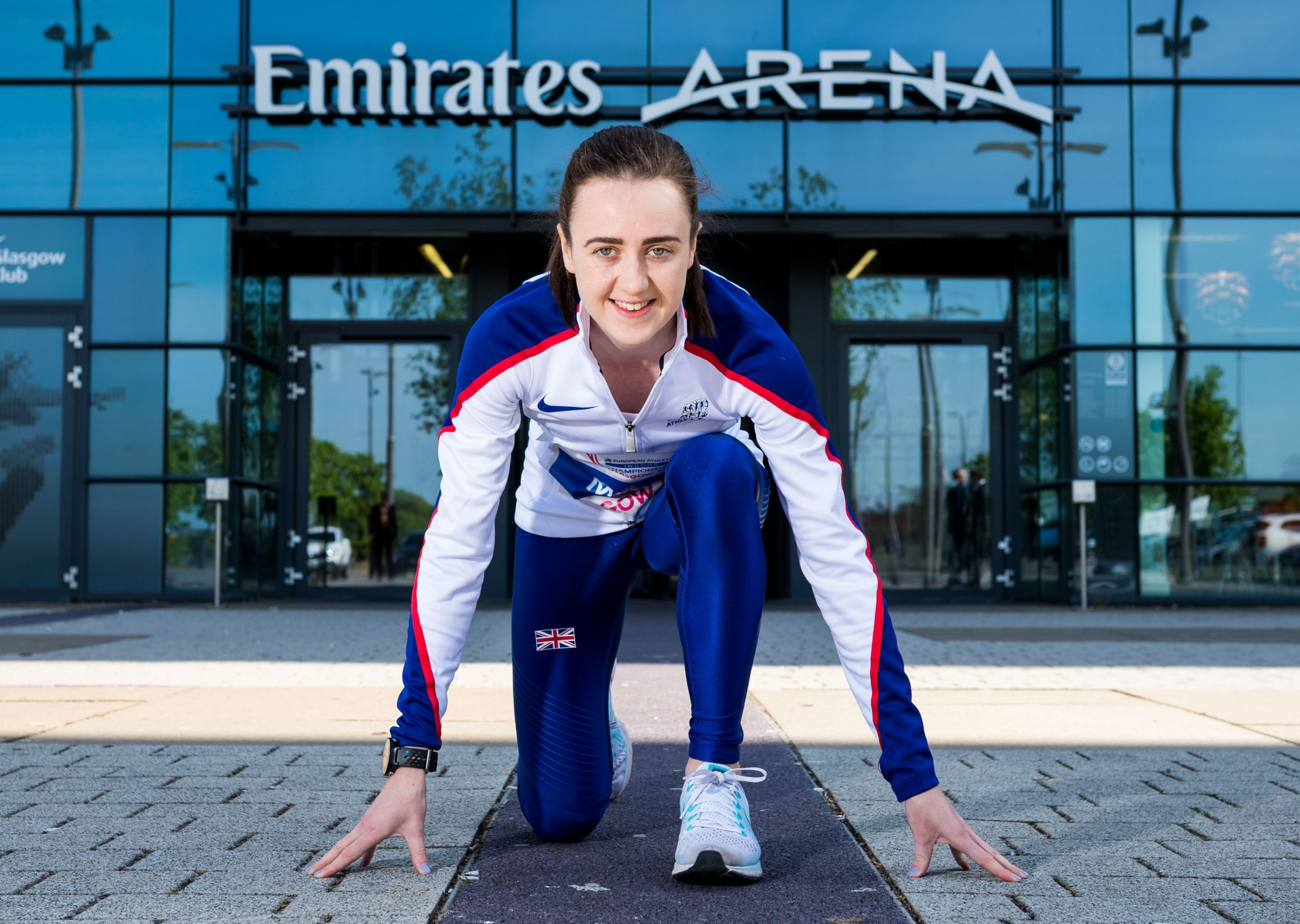 Scotland's Laura Muir has been confirmed as the first official ambassador for the 2019 European Athletics Indoor Championships in Glasgow.

Muir has become a household name since running into the history books in 2016, when she broke double Olympic champion Dame Kelly Holmes' 12-year-old British women's 1,500 metres record with a time of 3min 55.22sec.

She then went on to represent Great Britain at the Rio 2016 Olympic Games, where she finished seventh in the 1,500m final.

At the 2017 European Athletics Indoor Championships in Belgrade, Muir once again stole the limelight by triumphing in both the 1,500m and 3,000m.

Her medal-winning streak continued earlier this year at the International Association of Athletics Federations World Indoor Championships in Birmingham, winning silver in the 1,500m and bronze in the 3,000m.

Having just completed her finals at the University of Glasgow's School of Veterinary Medicine, Muir has set her eyes back on training and hopes to retain her title in at least one discipline at next year's European Championships.

"I had the most amazing time at the event in Belgrade in 2017 so for the European Indoor Championships to come to my home town in 2019 is a dream come true," she said.

"Racing in front of a home crowd just provides an extra level of excitement.

"I have never felt support like I do when I am competing in Scotland.

"If I can win gold in front of a Scottish crowd on my home track that will be a highlight of my career and a moment for me to remember for the rest of my life."

Returning to Glasgow after 29 years, it is claimed the European Athletics Indoor Championships will once again put the city and Scotland on the map as a world-class destination for international sporting events.

The event is due to take place at the Emirates Arena from March 1 to 3.

The venue, built for the 2014 Commonwealth Games, has a capacity of 5,000 and is one of the largest indoor sports venues in Europe.

It hosts a diverse range of sporting events throughout the year.

More than 650 athletes from over 45 countries are set to compete, while an anticipated 18,000 spectators are expected to attend.

Glasgow will also be at the centre of the inaugural multi-sport European Championships, which are scheduled to take place this August.

Scotland will welcome more than 3,000 athletes from six sports - aquatics, cycling, golf, gymnastics, rowing and triathlon - with the athletics competition being held in Berlin.

"She has established herself as a real star on the track, and her recent performances at the World Indoor Championships proved her a force to be reckoned with, and a true inspiration and role model to encourage other girls to take up sport.

"With Glasgow 2018 just around the corner, Scotland’s reputation for great sporting events is growing stronger, and I look forward to seeing what Laura - and her competitors - will bring to the field next year."

Glasgow was awarded the 2019 European Indoor Athletics Championships in April 2016.

The Scottish city was chosen by European Athletics at its Council meeting in Amsterdam ahead of Apeldoorn in The Netherlands, Minsk in Belarus and Torun in Poland.

Glasgow were chosen with nine votes ahead of Torun with six and Apeldoorn with one.

The city previously hosted the European Athletics Indoor Championships at Kelvin Hall in 1990.