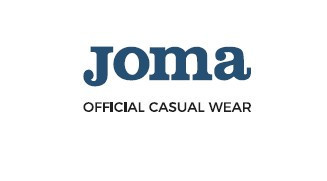 Sport clothing company JOMA have been announced as a sponsor of the Buenos Aires 2018 Summer Youth Olympic Games.

The company are set to produce uniforms for personnel, volunteers and technical officials during the Games, which will take place in the Argentine capital in October.

A total of 15,000 special outfits with a design based on the "visual identity and values" of Buenos Aires 2018 will be created.

The uniform will be composed of a hat, polo shirt and trousers, which can be made into shorts.

There will also be a sweatshirt, a rain jacket with hood, a backpack made with eco-friendly cloth and a rain poncho.

"Our uniforms will be inspired from the colours of our visual identity and will demonstrate the energy of the Buenos Aires 2018 team," said Leandro Larrosa, general director of Buenos Aires 2018.

"JOMA already has ample experience in clothing the Olympic family since it has been the provider for various National Olympic Committees."

The agreement includes the design of a special piece of clothing for the Torchbearers during the Youth Olympic Flame Relay.

The Relay will take place between August and September.

In total the company will manufacture 100,000 items.

"The Buenos Aires 2018 Youth Olympic Games represent for JOMA Argentina the most important moment in the history of the country," said Jorge Coral, general manager of the JMC Group, the brand representing JOMA in Argentina.

"The brand will have a visibility and fame that is already having positive effects on the company and it will soon be the same for the Argentine consumers.

"At JOMA we celebrate with happiness this event that will have a big impact on all society, that promotes respect for sport, promotes culture, education and athlete's development throughout the world."

Under the terms of the agreement JOMA will be bronze category sponsor of the Games.

The Youth Olympics will take place from October 6 to 18.