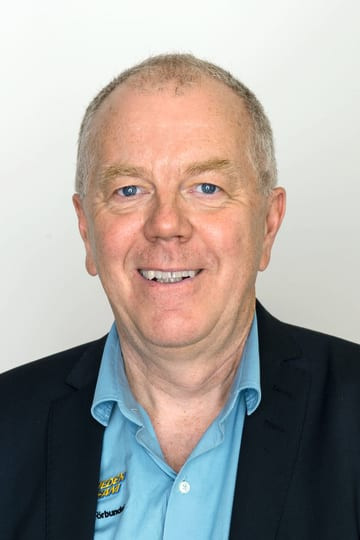 Sweden's Olle Dahlin and Norwegian Tore Bøygard have emerged as the first two candidates to replace Anders Besseberg as President of the International Biathlon Union (IBU).

Dahlin, currently the IBU vice-president for development, and former Norwegian Biathlon Association (NSSF) President Bøygard have both announced their intention to stand for the top job.

It remains possible that others may come forward before the June 7 deadline.

The election is scheduled to take place at the IBU Congress in Poreč in Croatia from September 5 to 10.

Dahlin and Bøygard are both standing to take over from Besseberg, who stood down as IBU President after he was implicated in a criminal investigation along with former secretary general Nicole Resch, which centres on possible doping, fraud and corruption.

Besseberg and Resch are suspected of accepting bribes amounting to $300,000 (£210,000/€240,000) and other benefits in return for a favourable stance towards Russia - but deny wrongdoing.

Dahlin, elected an IBU vice-president in 2014 and a member of the Swedish Olympic Committee Executive Board, and Bøygard have been put forward by their respective Federations.

Besseberg, President of IBU since 1992, had claimed he would not run for re-election if a suitable candidate came forward before he was forced to resign following the corruption investigation.

Besseberg had cast doubt on Bøygard's suitability to be his successor owing to the Norwegian's age of 65.

Bøygard dismissed the suggestion from his 72-year-old compatriot that he was too old for the role.

Bøygard, who served as NSSF President for 10 years, and his Swedish challenger have both cited improvements in the IBU's anti-doping operation as one of their key aims should they be elected President.

"We must exploit this crisis, look ahead and build trust in the organisation," said Dahlin.

The scandal involving the former IBU leadership prompted the worldwide governing body to initiate a restructure of its administration.

Germany's Felix Bitterling was appointed sport director, while Christian Winkler is due to take over as communications director from June 1.

Further changes are expected in the coming months amid an attempt from the IBU to repair its reputation.