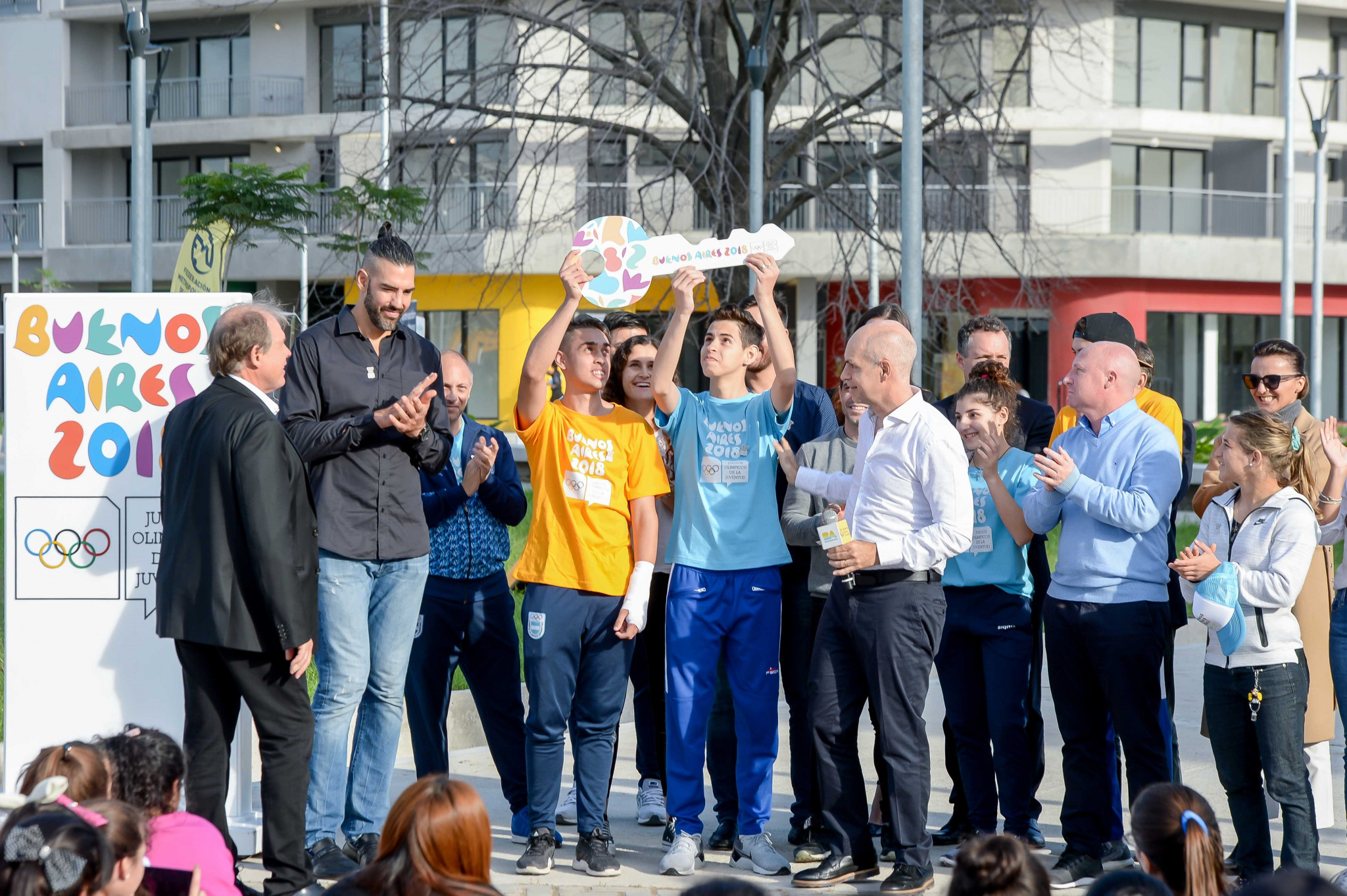 Organisers of the Buenos Aires 2018 Summer Youth Olympic Games have taken possession of the Village which will house the 4,000 athletes set to compete at the Games.

Olympic champion basketball player Luis Scola and judoka Paula Pareto were both present for a ceremony in the Villa Soldati neighbourhood in the south of the Argentinian capital.

"I inaugurate a wonderful future for all the young athletes who are going to enjoy this incredible house that is the Youth Olympic Village," said Buenos Aires 2018 President, Gerardo Werthein.

A total of 6,286 residents are expected to be housed in the Village during the Games.

This is expected to consist of just under 4,000 athletes as well as coaches and sport federation representatives.

In total, there will be 7,016 beds available as well as dining facilities with the capacity to seat 2,300 people.

"The objective was to hand over the Youth Olympic Village to the Organising Committee six months before [the Games]," said Mayor Rodríguez Larreta.

"It was a commitment and today it's great to have achieved that."

Organisers claim that the Village is "transforming the Villa Soldati neighbourhood in the south of Buenos Aires".

"The development propelled the construction of a public school and a daycare in the area, in addition to kicking off a project to turn a local hospital into a tertiary care centre," an article on their website claims.

The apartments are due to be sold off through a soft loan system after the Games and handed over to new owners in March and April of 2019.

The Youth Olympics will first take place from October 6 to 18.