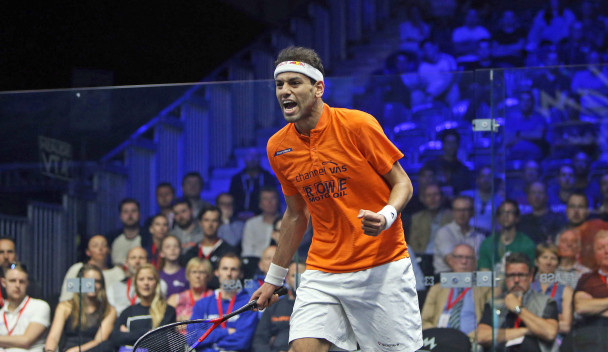 Mohamed Elshorbagy survived a scare before beating Diego Elias on day one of the Professional Squash Association (PSA) British Open at the Airco Arena in Hull.

The Egyptian, seeded number one in the men's singles, was 2-0 down against his Peruvian opponent before fighting back in a 54-minute encounter.

"When you have been throwing up the whole night it's not easy to play a squash match," he said.

"But to be the best in any sport, you don’t win matches because you play your best every match, you find ways to win when you’re not playing your best and today I found a way to win.

"I'm happy to be here for one more day and I will give it everything I can in this tournament because this is the British Open.

"This is a World Series event and even if I have all my body broken I will fight for every single point because that’s what I do best."

There was some English success, though, in the women's singles.