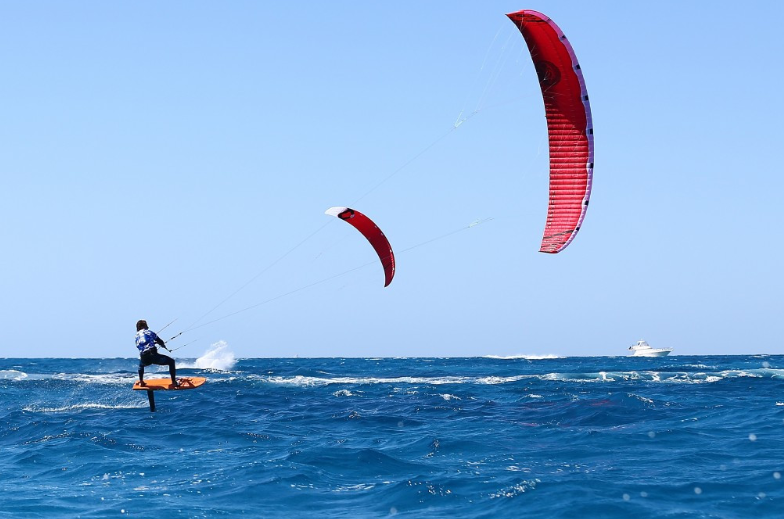 Kiteboarding is set to make its Summer Olympic debut in Marseille at Paris 2024 after being approved as one of the 10 sailing events on the programme.

This decision followed lengthy discussions at a Mid-Year Meeting of World Sailing at Stamford Bridge football stadium in London.

Male and female windsurfing and mixed one and two-person dinghy events were also approved to join the five classes already proposed.

The exact equipment and format will not be confirmed until later this year.

But it seems likely that the windsurfing class will remain RS:X while both the Finn and 470 will feature in the one and two-person dinghy events - possibly as part an innovative new relay format.

The equipment and format will be officially confirmed in November at the World Sailing Annual General Meeting.

The other five events will remain the men's laser and 49er, the women's laser radial and 49erFX and the mixed two-person Nacra 17 multihull class.

A total of 59 submissions were discussed before a proposal by the Romanian Sailing Federation for the new events was approved.

Kiteboarding consists of an athlete riding a board across the water which is harnessed to a hand-controlled and wind-powered kite.

It is billed as blending elements and characteristics of wakeboarding, surfing, windsurfing, snowboarding, paragliding and skateboarding and is already due to feature at October's Summer Youth Olympic Games in Buenos Aires.

Kiteboarding was at one stage due to replace windsurfing on the Rio 2016 Olympic programme before this decision was overturned.

It is likely, but not yet confirmed, that the Formula Kite production model will be adopted in Marseille, with four foil kites and one hydrofoil used.

The International Kiteboarding Association have vowed to "work closely with World Sailing to ensure that the format reflects the wishes and dreams of the competitive kiteboarders all around the world to showcase hydrofoil kite racing at its best".

This decision will be contested by the rival International Federation of Kitesports Organisations, whose President Diogo Paes Fernandes has accused World Sailing of illegally abusing their sport and disputes their right to govern events.

As it stands, it is likely that men's and women's 470 boats will both be used in the new two-person dinghy class.

"The Finn would be retained for the men's equipment and new equipment would be selected for the women's event that suits women of around 70 kilograms," reads the Romanian proposal.

Rather than directly racing head-to-head, both fleets could race in a novel relay format or separately with points combined.

The Finn has featured as a single medal event at every Summer Olympic Games since Helsinki 1952 and has been won by some of the best-known sailing Olympians including three-time winners Paul Elvstrøm of Denmark and Ben Ainslie of Great Britain.

"We believe that single-handed sailing is one of the pinnacles of Olympic sailing and we are glad to see that it was decided to give a chance to lighter weight women to sail at the Olympics in a single-handed boat," said International Finn Association President, Balazs Hajdu.

Corinne McKenzie, the organisation's executive director, added: "We all have to be ready to work from a blank page.

"We have to be open minded to create a unique event with its own signature, while staying relevant for sailors and federations."

The IOC must still approve the 10 divisions but this is expected to be a formality.