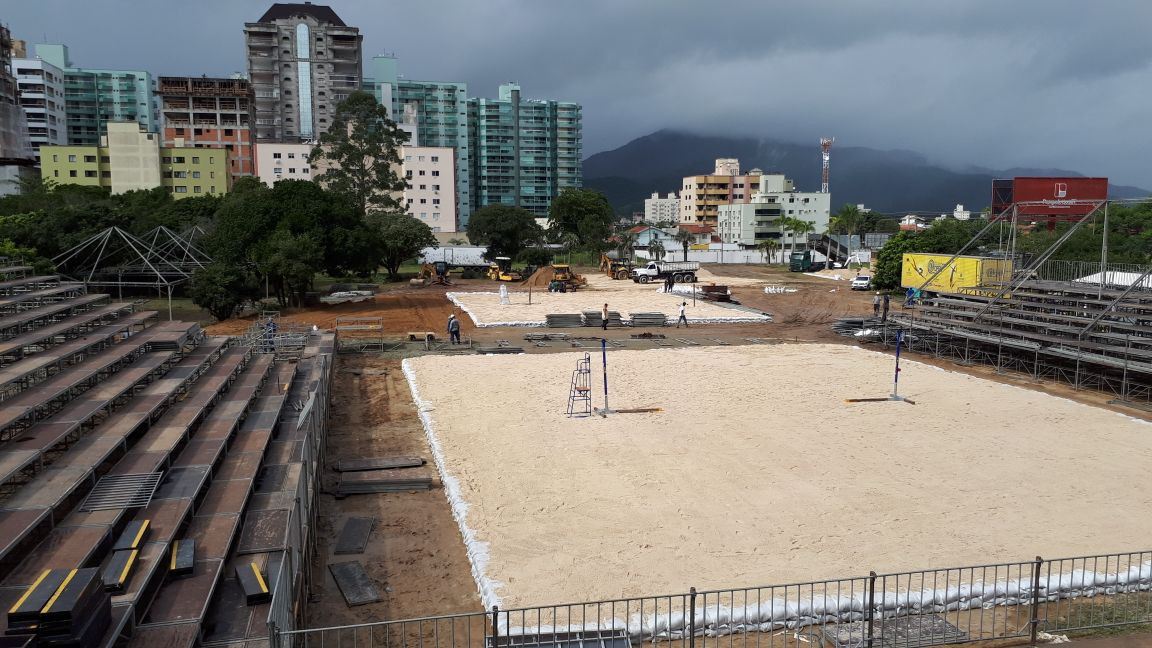 Competition will take place at a specially built arena at Meia Praia in the coastal city.

Action will begin with qualification tomorrow before the top seeds enter proceedings on Thursday (May 17).

Five courts are due to be used for official matches alongside seating for 2,700 spectators.

A total of 160 athletes are due to appear, including between eight and 13 pairs from Brazil depending on qualification.

Top Brazilian pairs entered on the women's side include Agatha Bednarczuk and Eduarda Santos Lisboa and Fernanda Berto and Bárbara Seixas.

They will be seeking a repeat of the home success they managed on Copacabana Beach at the Rio 2016 Olympics.