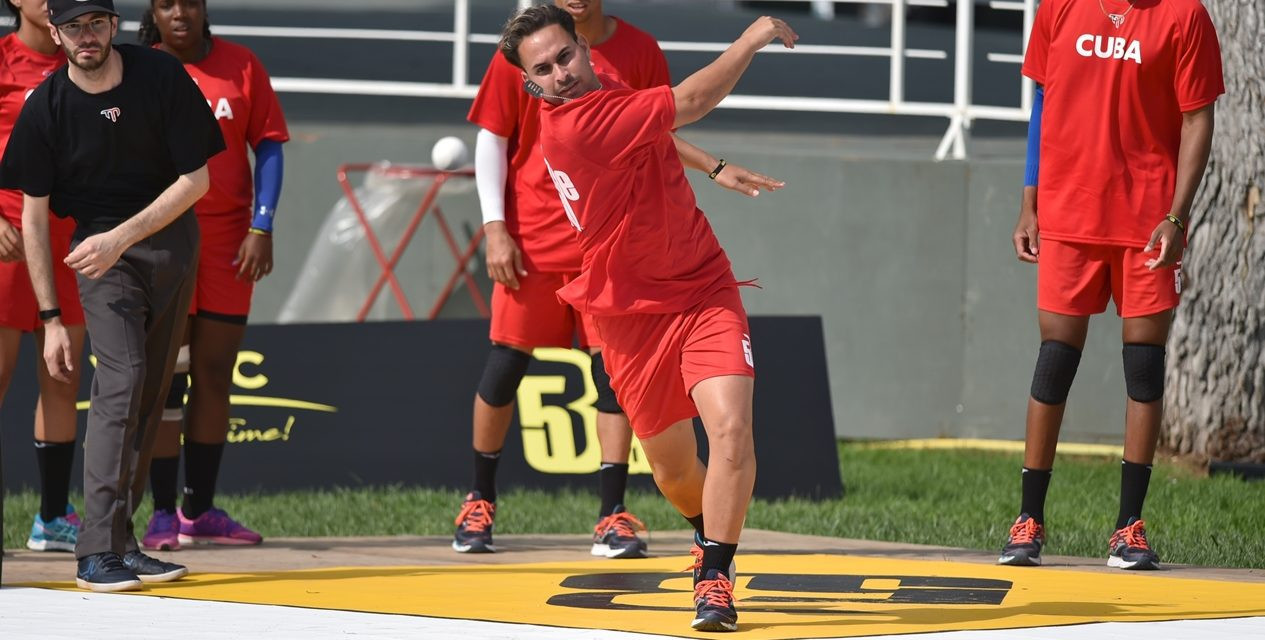 The Cubans thrashed France 23-1 in the final after round robin play also involving hosts Italy at the Foro Italico.

Baseball5 was unveiled in March and has been designed to appeal to youth and help with the bid to remain on the Olympic programme following Tokyo 2020.

Only a rubber ball is needed for the street sport which is said to bring baseball to previously inaccessible areas.

Any playing surface can be utilised and no pitcher is needed as hitting is done by hand.

Five inning games are played with five active players per team, while the distance between bases is 13 metres.

"We shouldn't really focus on the scores," said WBSC President Riccardo Fraccari after the international tournament.

"But on the potential of baseball5.

"The game did impress the National Olympic Committee and Italy is another country where baseball5 could strongly support development."

Students between the ages of 11 and 13 also tried out the sport in Rome after forming four teams.

Physical education teacher Gianfranco Pavone, who was a player in the top Italian baseball league, introduced the variant of the game to the youngsters.

"This pilot project was well received," he said.

"I am confident it will prove effective also for younger kids.

"It is very easy to understand, both for the kids and their teachers."

Appealing to youth is a key goal of the Olympic Movement with sports such as skateboarding, surfing and 3x3 basketball earning their place on the Games programme for the first time at Tokyo 2020.

Baseball and softball will also return in Japan's capital after being axed following Beijing 2008, but their place at Paris 2024 is not secure.

Baseball5 has already had a presence in the French city, however, after a demonstration at the European Baseball and Softball Congresses in the capital.

"This fast, youth-oriented and easy to learn urban game will help take baseball and softball to places not before possible, helping to drive worldwide fan and participation numbers to our target of one billion over the next decade," Fraccari said in March.