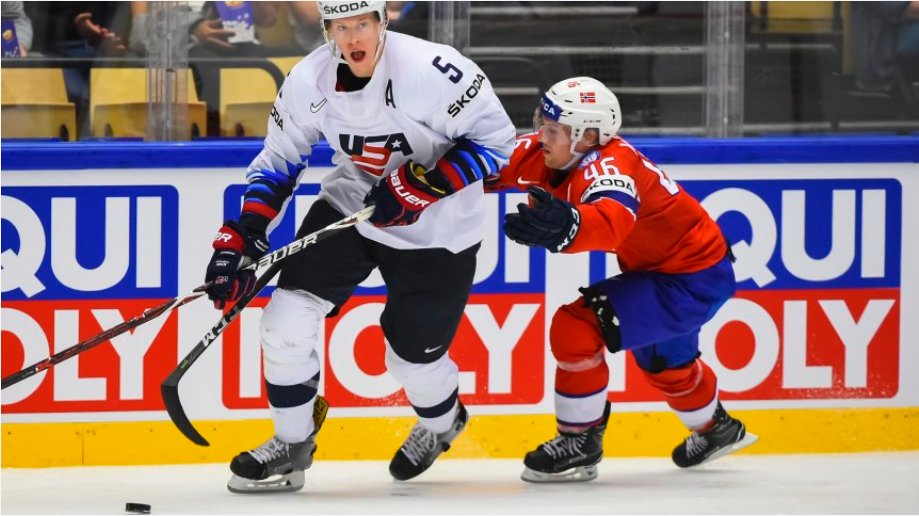 The United States beat Norway 9-3 today to make it six wins out of six in Group B at the International Ice Hockey Federation (IIHF) World Championships in Denmark.

Two goals in the first period by Patrick Kane, both on the power play, set the Americans on their way to victory at the Jyske Bank Boxen in Herning.

"We have a lot of guys that can make plays, a lot of talent on the team, and hard workers," Kane said.

"Sometimes you don't except these games to get so high in scoring, but it's good to see everyone getting in on the action.

"It wasn't just one or two guys; it was everyone."

Today's other match in Group B saw Germany defeat second-placed Finland 3-2 after overtime.

Despite the win, Germany's hopes of securing a place in the quarter-finals have ended.

In Group A, Sweden preserved their 100 per cent record with a 5-3 win over Switzerland at the Royal Arena in Copenhagen.

John Klingberg was among the five goalscorers for the defending champions along with Mikael Backlund, Adam Larsson, Magnus Paajarvi and Patric Hornqvist in his first game of the tournament.

Today's other match in Group A saw Czech Republic thrash France 6-0 for their fifth win from six outings.

The Czechs are seeking their first medal since claiming bronze in 2012.

Defeat for France all but ends their faint hopes of reaching the quarter-finals.

Action in Denmark is due to continue tomorrow.

South Korea go up against Norway and Canada do battle with Latvia in Group B.