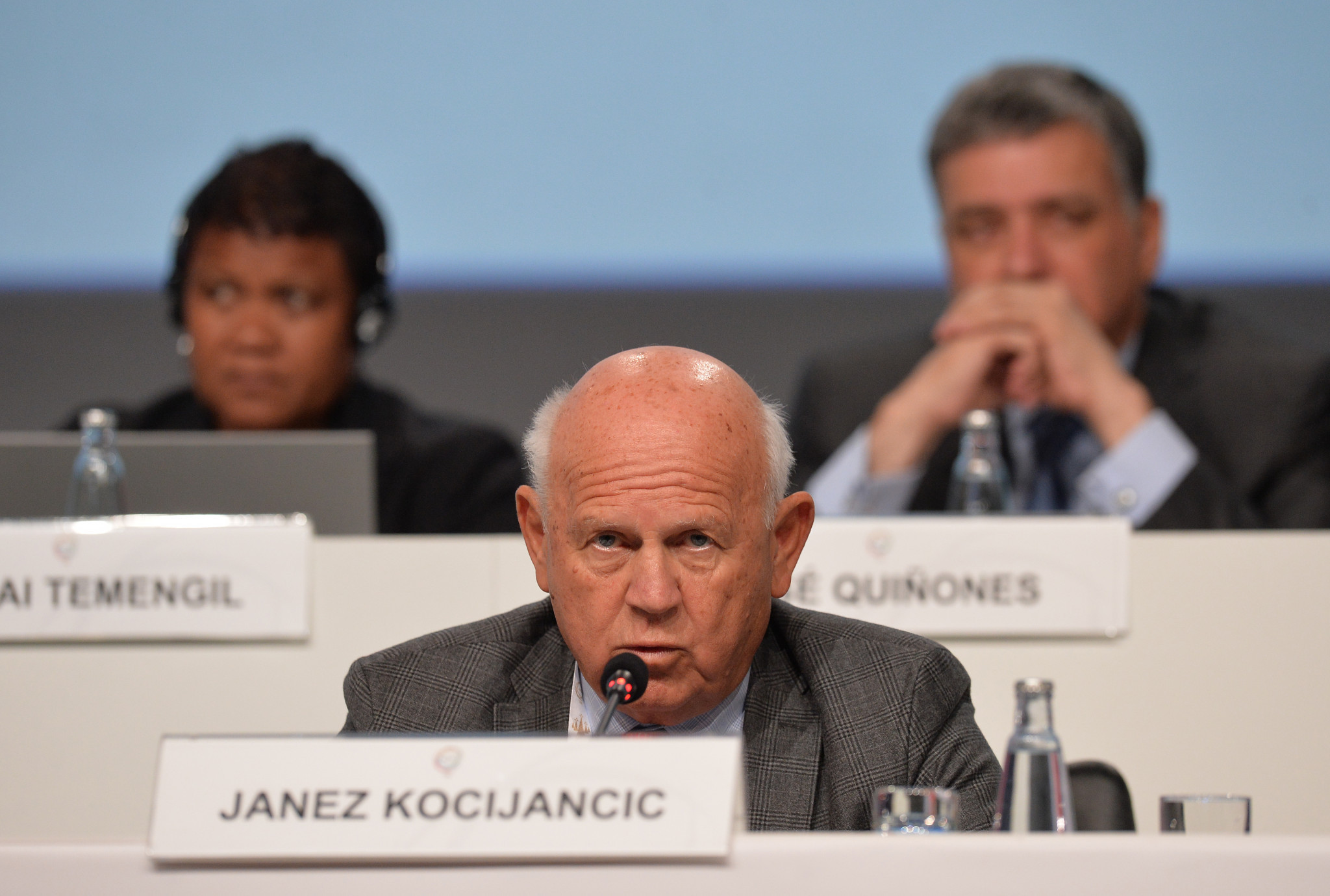 He was denied a visa by Britain to attend the 2012 Olympic Games in London.

Lukashenko, who was honoured by the EOC in 2008 "for his outstanding contribution to the Olympic Movement", is also President of the National Olympic Committee of the Republic of Belarus.

The inaugural edition of the European Games in Baku was dominated by criticism of censorship and poor human rights standards.

Kocijančič believes the Games in Minsk will help to improve standards in the country, insisting that with Belarus welcoming fellow European nations the Games could help "open society" up in the nation.

"I would not say it would overshadow the event," Kocijančič told insidethegames.

"We are a sport organisation and the countries are members of international organisations such as the United Nations, who can influence them.

"We are organising sport events and are not a tool of anyone else regarding other issues.

"Second, we are committed to human rights and when we signed the host city agreement, it included clauses out of the Olympic host city contract.

"The mutual obligation covers this field.

"When we come to a country, we bring a lot of people from across Europe from different systems and backgrounds, which means an opening of society.

"We will also bring a lot of journalists.

"We have a general feeling that in principle we will help to improve the human rights standards, but of course it is not possible to resolve everything."

Miklós Haraszti, a special rapporteur on the situation of human rights in Belarus for the United Nations, offered a highly critical assessment in October.

"The merger of all powers in the hands of the President is both the origin and the purpose of the country's depressing state of human rights," Haraszti said.

"The Government of Belarus returned this year to mass oppression of those who protested against its policies.

"The reasons for the cyclical character of violent crackdowns lie in a governing system which is single-handedly directed by the President, incumbent for a quarter of a century.

"Human rights have fallen prey to the maintenance of a state structure set up for the purpose of protecting his power.

"The result is the devastating human rights situation we see today."

According to Reporters Without Borders, an organisation promoting freedom of the press, Belarus are ranked 155th in the world for press freedoms out of 180.

The organisation claim that in 2017, there was "escalating repression" in Belarus and state that harassment of freelance journalists working for independent media outlets based abroad had reached "unprecedented levels".

Kocijančič claimed critics should look to the opportunities that could arise from the Games taking place in Minsk, asserting that they could offer the chance to make progress.

The Slovenian, however, stated the EOC would not attempt to force change on a country.

"There is nearly no country in Europe or the world where there would not be remarks about human rights," he said.

"Sometimes there are misunderstandings, different religions and different political cultures.

"I feel all those who are really democratic or would look to improve human rights, they should not look to the status quo but to the possible progress.

"We are devoted to progress, but we would not like to go to any country with the idea to change social and political systems."

The Games are set to take place from June 14 to 30 next year.