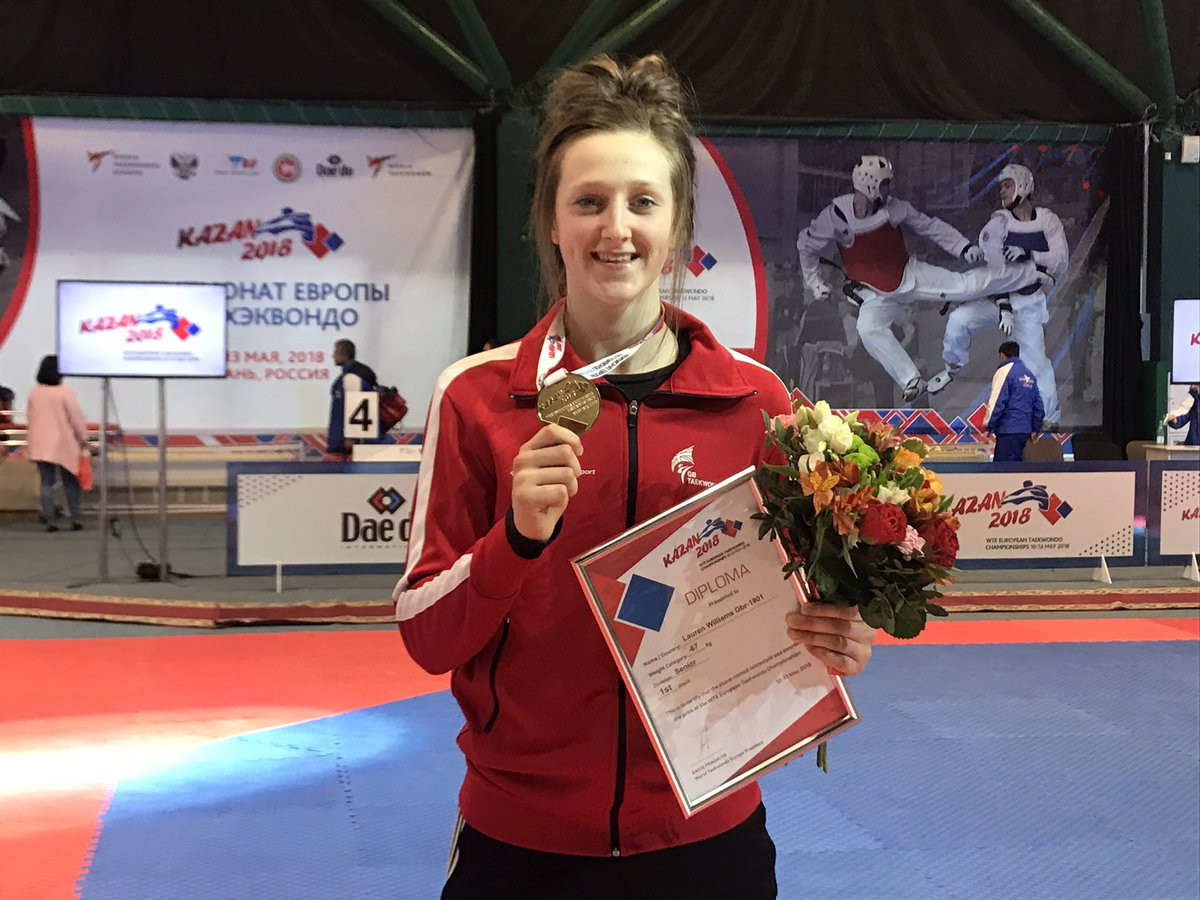 Great Britain’s Lauren Williams made it two British title defences in two days after she claimed gold in today’s under-67 kilogram competition at the European Taekwondo Championships at the Ak Bars sports hall in the Russian city of Kazan.

The 18-year-old followed up the success of compatriot Jade Jones, who retained the under-57kg title yesterday, by beating Turkey's Nur Tatar 14-11 in today’s under-67kg final.

The women’s under-62kg title was also defended as Turkey’s Irem Yaman came out on top thanks to a convincing 8-1 win against Rio 2016 silver medallist Marta Calvo of Spain.

The bronze was shared between Germany’s Rabia Bachmann and Croatia’s Kristina Beros.

Maksim Khramtsov gave home fans something to cheer about with a victory in the men's under-80kg event thanks to his amazing 58-16 victory against Moldova's Aaron Cook, who represented Great Britain at the Beijing 2008 Olympics and switched allegiance to Moldova in April 2015.

The other title up for grabs today was the men's under-74kg, which was won by Toni Kanaet of Croatia thanks to a 19-10 win against Muhammed Yildiz of Turkey.