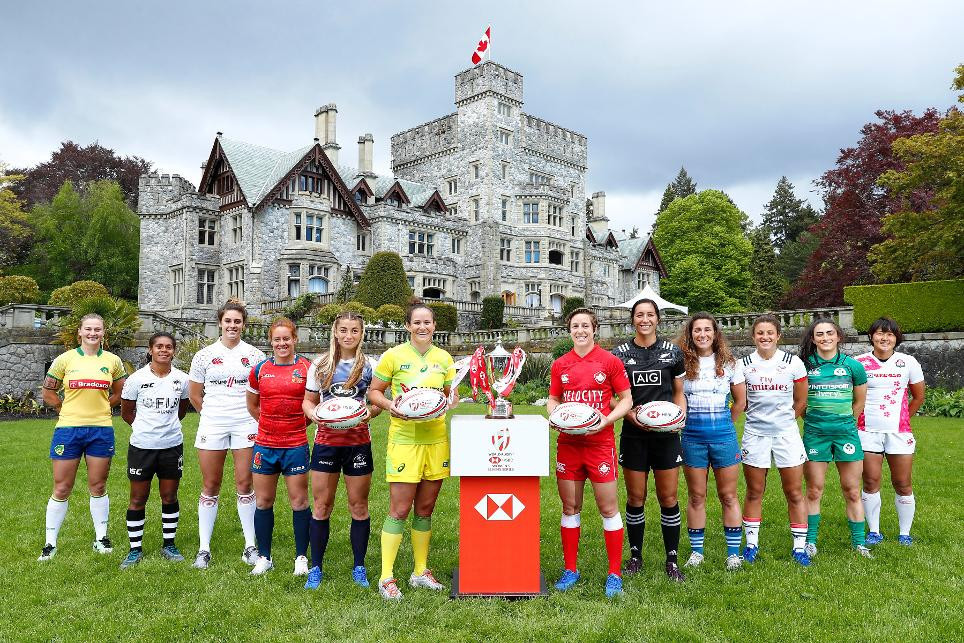 New Zealand will hope to take a huge step towards defending their overall HSBC World Rugby Women's Sevens Series title when the penultimate leg of the season takes place in Langford in Canada this weekend.

The Black Ferns Sevens won the Langford Sevens last year and a second straight triumph in the Canadian city could see them move into top spot going into the final competition of the 2017 to 2018 campaign in Paris next month.

New Zealand arrive in Canada having triumphed in Kitakyushu in April.

Their victory came after they beat hosts Australia in a dramatic final to be crowned the first Commonwealth Games women's rugby sevens champions in Gold Coast.

New Zealand trail Australia by six points on the overall leaderboard as they have 50 compared to their arch-rivals' tally of 56.

The Australian team will be hoping to further banish their Gold Coast 2018 disappointment with victory in Langford.

The current leaders were third in Kitakyushu and captain Shannon Parry admitted there was "a lot on the line" at the event, which begins tomorrow and concludes on Sunday (May 13).

"We have had a couple of weeks at home to fine-tune a few things and two great training sessions here in Canada," said Perry.

"We are really looking forward to getting in among it in our first game against Canada on Saturday.

“You’ve got to beat the best to be the best and obviously with a home crowd it is massively in their [Canada’s] favour but for us it’s about playing our game and trying to silence that crowd early on and come away with the win.

“There is a lot on the line, we have been preparing well and we know what is at stake but in saying that, it’s game by game and for us we just need to focus and get through the pool stages.”

New Zealand have been drawn to face Fiji, England and Brazil in Pool A, while Australia will take on Spain, Ireland and Canada in Pool C.

France, Russia, the United States and Japan comprise Pool B.