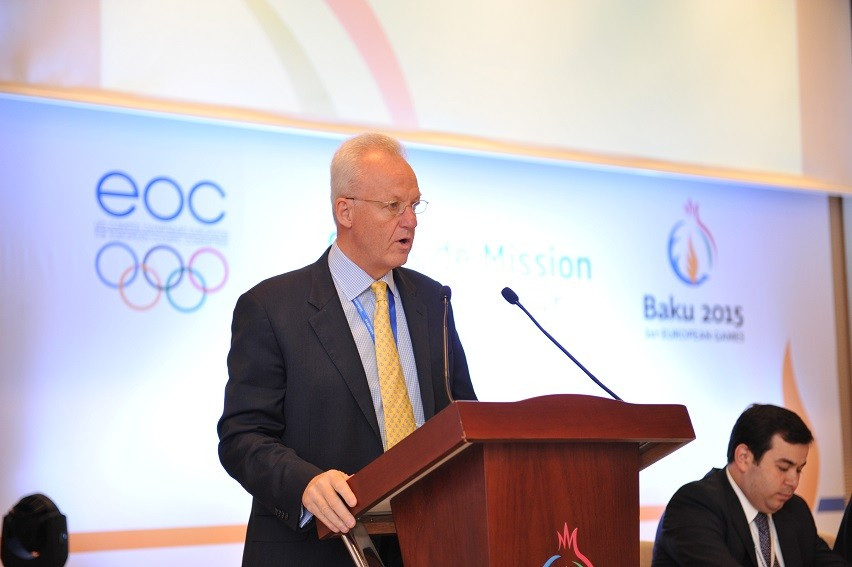 Britain's Simon Clegg has returned to the role of executive director for the European Games as the countdown continues to Minsk 2019.

Clegg played a key role in the organisation of the inaugural European Games, having previously held the executive director position at the European Olympic Committees (EOC) in 2013.

Clegg was also a key figure in inspiring London's successful bid for the 2012 Olympic and Paralympic Games, having been the former chief executive of the British Olympic Association.

The official has served as the British Chef de Mission at six Olympic Games.

Most recently, Clegg has been the chief operating officer of Expo 2020 in Dubai, a position he held since March 2016.

Expo 2020 claimed Clegg left the position due to "personal reasons".

Speaking to insidethegames in October, Clegg stated the personal reasons were a "desire to return to the world of sport".

He is now set to do so as part of a growing EOC team aimed at supporting the European Games.

Clegg will work closely with Minsk 2019 as preparations continue for the second edition of the multi-sport event.

"I am flattered to have been invited to re-join the EOC," Clegg said.

"Just as no two Olympic Games are alike so Minsk 2019 will be different in many ways to Baku 2015.

"The core component however of showcasing the best athletic talent in Europe just 12 months before the next Olympic Games will be even stronger with many sports once again offering Olympic qualifications opportunities.

"I believe that Belarus will deliver an outstanding European Games and I look forward to supporting them to build on the success of Baku 2015."

It is expected the Clegg, a former chief executive of Ipswich Town Football Club, will spend significant time in Belarus’ capital city as the Games approach.

"I am delighted that Simon has agreed to re-join us," Janez Kocijančič, EOC President, said.

"His experience in Baku coupled with over 30 years in the Olympic Movement mean that he is uniquely placed to support the EOC and Minsk 2019.

"Whilst still relatively young, the European Games concept is the EOC's most valuable asset and this appointment further strengthens our aspirations for the brand and the future of this important event."

Qualification for the 2020 Olympic Games in Tokyo will be on offer in 11 of the sports.

It is claimed that around 4,000 athletes and 2,000 coaches will attend next year's Games from the 50 European National Olympic Committees.

Organisers are also reportedly expecting more than 1,000 judges and a similar number of media for the event.

Clegg will also be involved in the ongoing process to decide the host of the 2023 European Games.

The EOC have expressed a desire to announce the host of the 2023 Games later this year.