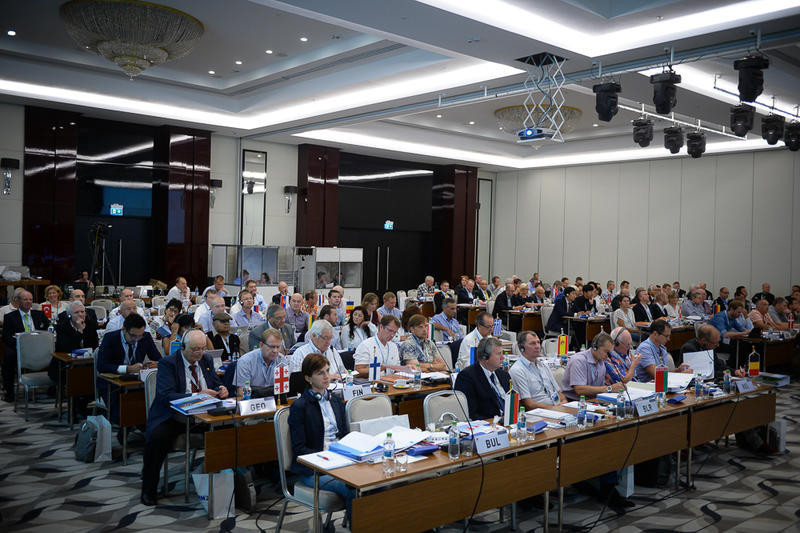 Fresh questions are being asked of the process to award the Russian resort of Tyumen hosting rights for the 2021 International Biathlon Union (IBU) World Championships in 2016.

It comes after Norwegian Biathlon Union President Erlend Slokvik told NRK that he believes representatives were offered money and other incentives in return for voting for the Russian contender.

Documents obtained by the Norwegian broadcaster have also indicated that former IBU President Anders Besseberg and secretary general Nicole Resch had each revealed in meetings with athletes that the vote may have been influenced.

Besseberg and Resch each stepped-down from their positions last month amid the opening of an investigation across Europe into possible doping, fraud and corruption involving Russian athletes and the raiding of the IBU's headquarters based on a tip-off by the World Anti-Doping Agency.

The Russian resort was awarded the 2021 World Championships during the IBU Congress in Chisinau in Moldova in September 2016 after receiving 25 votes in comparison with 13 for Pokljuka in Slovenia and 11 for Nové Město na Moravě in Czech Republic.

This choice was immediately controversial due to it coming just weeks after revelations about Russian doping at Sochi 2014 sent shockwaves around the sporting world.

Tyumen was eventually stripped of the event in February 2017.

"There was a representative of the IBU, who was offered money for a vote in favor of Tyumen," Slokvik told NRK.

"He did not say how much he was offered, but they say that the price is quite high, the envelope has become weighty.

"It is very sad that the organiser tried to buy votes."

Slokvik added that, when he arrived in hotel room for the Congress in Moldova, he had expensive gifts from the Russian organisers left for him.

"It was an iPad, porcelain art and expensive liquorice," he reportedly added.

"I do not think it's okay, I just left the gifts in the room.

"I think it's easy to influence.

"The vote is the last day of the Congress [and] the organiser invites and pays lunches and dinners in advance."

Questions were asked about possible problems with the bidding process at meetings between athletes and the IBU leadership during World Cup events in Oberhof and Anterselva in January 2017.

In Oberhof, Resch was reportedly asked directly why Tyumen was awarded the World Championships.

"Because of corruption," documents obtained by NRK show she replied.

Athletes including United States' Clare Egan then challenged Besseberg about this two weeks later in Anterselva.

"There is corruption in the voting process," Besseberg reportedly responded.

"We believe some delegates are promised money or training camps against votes, but nobody has appeared.

Slokvik added that it was "regrettable and worrying" that Besseberg and Resch were unable to do anything about the allegations.

"It's not good that you close your eyes again when it is so familiar and open," he added.

There is nothing in NRK's documents to suggest that the two officials, who deny wrongdoing, were personally involved.

Acting IBU secretary general Martin Kuchenmeister said that "it is very serious" if these documented statements are correct.

"You hear a lot of rumours, but since I have not seen it myself, I can not comment on these rumours," he told NRK.

"If people have evidence of this, they should give it to investigative authorities."