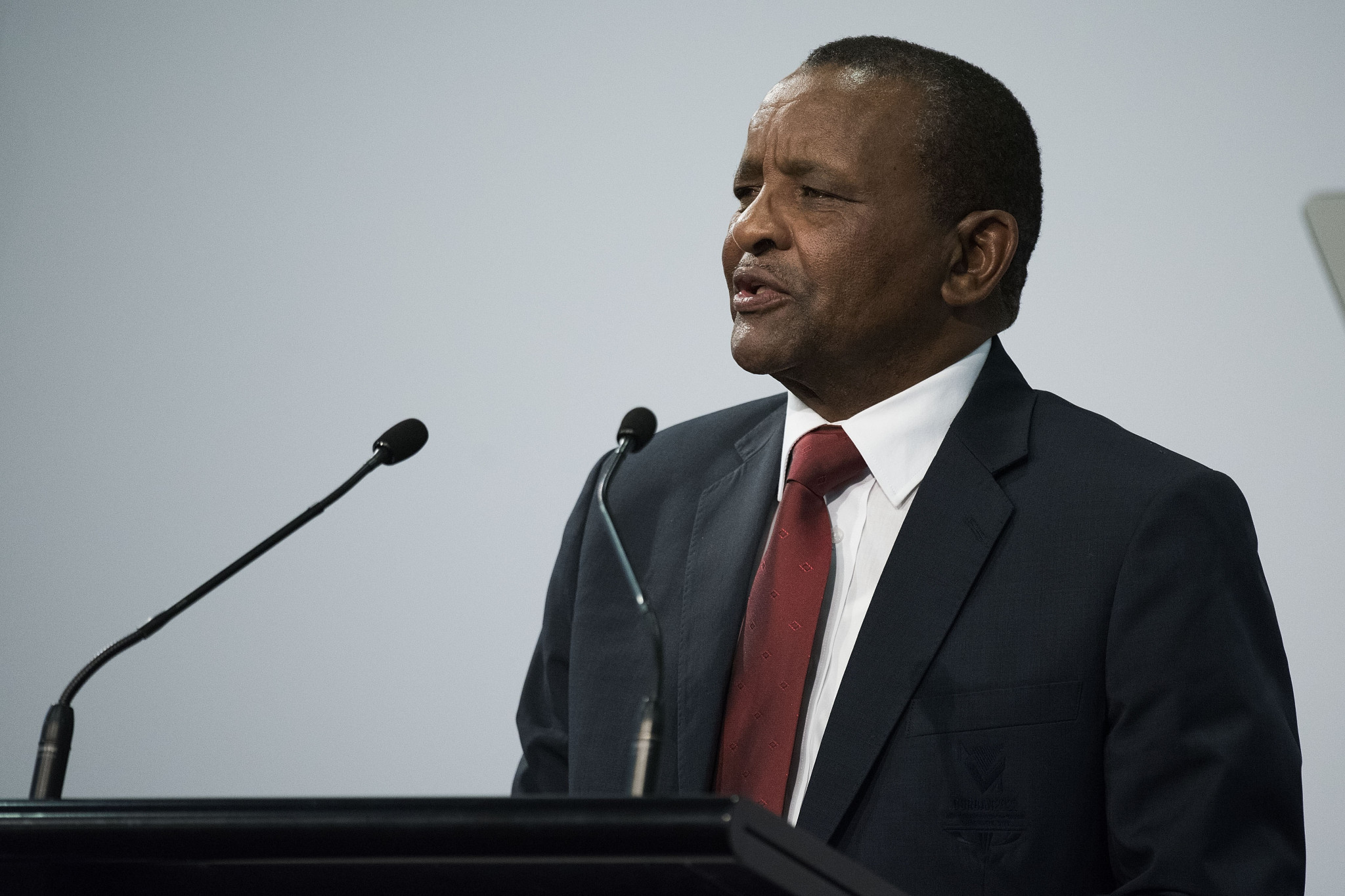 The South African Sports Confederation and Olympic Committee (SASCOC) has begun its groundwork to challenge the International Association of Athletics Federations' (IAAF) rules on testoterone, in defence of star athlete Caster Semenya.

Regulations on hyperandrogenism due to come into effect from November 1 bar female athletes with high levels of testosterone from competing in middle distance events unless they take medication.

This could have a huge impact on the career of Semenya, a double Olympic champion and triple world champion over 800 metres.

SASCOC President Gideon Sam said that the "process to challenge" the IAAF had started following a meeting of the national governing body's Medical Commission.

Legal experts and high-ranking Government officials from the Department of Sport and Recreation attended the discussions, according to Times Live.

"All these people are sitting around the table so that we have one voice coming out of this process going forward," Sam said, as reporting by Times Live.

"We need to have a clear plan of how we are going to approach the IAAF and we want all related parties to engage.

"We are getting our ducks in the row and after the meeting‚ they will then come forward and advise ASA and SASCOC on what we need to do to move to the second phase of the process.

"We will be briefed and information sharing will take place among all the role players and then we will approach the IAAF.

"I am not sure when we will be going to the IAAF but ultimately we will approach them."

The new IAAF rules state that female athletes who have a difference of sexual development (DSD) with circulating testosterone levels of five nmol/L or above and who are androgen-sensitive, such as Semenya, must either restrict their levels to five nmol/L through medication or look to compete in male events.

Semenya's 800m victory as an 18-year-old at the 2009 IAAF World Championships was preceded by her having to undergo a sex test.

IAAF hyperandrogenism regulations were first put in place in May 2011.

The regulations stated that female athletes who naturally produced 10 nmol/L levels of testosterone were not eligible to compete in the female category and needed to take androgen-suppressive drugs to resume competition.

Indian sprinter Dutee Chand successfully appealed to the Court of Arbitration for Sport (CAS) against her exclusion from the 2014 Commonwealth Games in Glasgow under the hyperandrogenism ruling, however.

She claimed the rules discriminated unfairly against women who naturally produced high levels of testosterone.

In July 2015, CAS put the burden of proof back onto the IAAF to show that higher levels of testosterone improved performance levels in women, giving them two years to do so.

After an extension of six months, the IAAF responded with scientific arguments that were particularly clear in the middle-distance range of events currently included in their new rules.

Semenya, a double gold medallist in the 800m and 1,500m at the Gold Coast 2018 Commonwealth Games last month, has defended herself.

"God made me the way I am and I accept myself," she said on Twitter.

The IAAF have insisted that the rules are needed to ensure a level playing field.

"The revised rules are not about cheating, no athlete with a DSD has cheated, they are about levelling the playing field to ensure fair and meaningful competition in the sport of athletics where success is determined by talent, dedication and hard work rather than other contributing factors," IAAF President Seb Coe said.